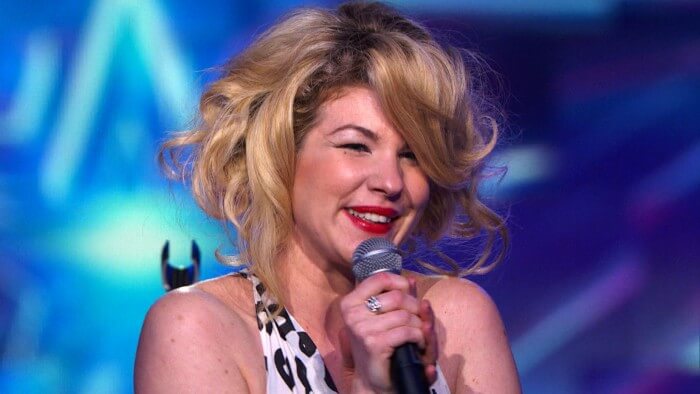 Sony Music Masterworks announces the signing of Emily West to the Portrait imprint. The powerhouse vocalist and songwriter was a finalist on Season 9 of NBC’s “America’s Got Talent.”West will release a two-track digital single on December 2nd featuring her sultry cover of Sia’s “Chandelier” which brought the AGT audience to their feet, along with the Christmas favorite “Santa Baby.” Her debut full-length album will be released in Spring 2015.”As America has already seen, Emily West is an exceptional talent with a bright career ahead of her,” says Chuck Mitchell, SVP, Sony Music Masterworks, U.S. “Her appearances on AGT have already defined her as an important new interpreter of great songs both new and classic, and she’s equally impressive on her own material. We’re delighted to be helping her launch this new phase of her recording career.”West moved to Nashville at 18 with a dream to tell stories through song. A musical maverick in the masquerade of pin-up perfection, West dazzled audiences throughout the season transforming iconic hits like “Nights In White Satin” by the Moody Blues and “You Got It” by Roy Orbison into grand ballads, both of which will be included on the new album.Sony Masterworks comprises Masterworks Broadway, Masterworks, OKeh, Portrait, RCA Red Seal and Sony Classical imprints. For email updates and information please visit