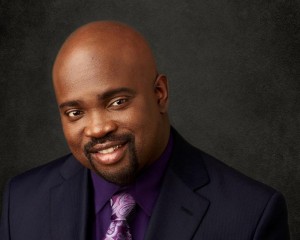 Over the past decade, Johnson has recorded twelve albums and numerous groundbreaking and chart-topping hit singles. “It’s an honor to be with a fine label like EMI Gospel,” says Johnson. “I am truly blessed that my brand and style of music is still relevant today. I look forward to releasing my debut project on EMI Gospel.” A huge fan of quartet music and Keith “Wonderboy” Johnson, EMI Gospel’s Vice President/General Manager, Larry Blackwell says “Today’s signing of Keith “Wonderboy” Johnson demonstrates EMI Gospel’s long-term commitment of recording the best of today’s contemporary and traditional gospel music. We look forward to expanding Keith’s brand and trademark sound in gospel music‘s new era.”Best known for his signature sound on the gospel quartet music scene, Johnson was born and raised in Brooklyn, New York. He began singing at the age of five as a member of the Spiritual Voices, a group founded by his father, Phil Johnson. A former member of the world-renowned Harlem Boys Choir, Johnson’s music catalogue is rich, classic and diverse. Tagged as “the young man with the old fashioned style,” his unique voice and brand appeal to an intergenerational audience worldwide.Johnson’s debut album, Through the Storm featured the hit single “Hide Behind the Mountain,” which created a new movement for today’s quartet sound. The sophomore release, Live and Alive, produced the gospel anthem “I Just Wanna Be Right,” which was followed by ten other groundbreaking projects, including Johnson’s first-ever Christmas CD, Our Gift to You, Tribute to Quartet Legends, Send a Revival, Greatest Hits, New Season, Unity, Just Being Me, Stronger Than Ever, Back to Basics Chapter One, and Back to Basics Chapter Two.He is currently recording a new CD, which will be released by EMI Gospel in April, 2013. The new studio album will combine Johnson’s signature sound with production by award-winning producer Daniel Weatherspoon (Donald Lawrence, VaShawn Mitchell, DeWayne Woods). This collaboration is sure to be well received by his large and loyal fan base, while stretching the boundaries of his God-given artistry.Johnson draws inspiration from the gospel legends. His musical influences include the Mighty Clouds of Joy, the Hawkins family, Pastor Shirley Caesar, the Dixie Hummingbirds, the Caravans, and The Canton Spirituals.