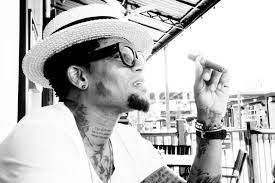 Gotta love D.L. Hughley. He never backs down and stands up for what he believes in even when it jolts the nerves of other people. He has an afternoon drive syndicated radio show and he just got picked up by Tavis Smiley to be on his new radio station in Los Angeles. Here are some of DL’s best rants that we have run overtime. Enjoy

D.L. Hughley Says He’s Never Slept with a White Woman, Even his Mistresses Were Black (video)

Radio Facts: DL is promoting his book and says that the death rate for white people is highter than the birth rate for the first time.

Comedian, Actor, Activist, and Radio Host, D.L. Hughley didn’t pull any punches when weighing in on the Ben Carson controversy.If you have been sleeping under a rock, HUD Secretary Ben Carson in his first speech under the new title basically described slaves as immigrants.“That’s what America is about, a land of dreams and opportunity,’’ he said.“There were other immigrants who came here in the bottom of slave ships, worked even longer, even harder for less. But they too had a dream that one day their sons, daughters, grandsons, granddaughters, great-grandsons, great-granddaughters, might pursue prosperity and happiness in this land.”Well, those comments didn’t go over so well with most people and D.L. Hughley didn’t wait to add his twocents. Check out his comments below.

D.L. Hughley States: “The Most Dangerous Place for Black People to Live Is In White People’s Imagination.”

“If they saw a black person, they would devalue a home.”

In this episode on the #GEDSection, D.L. Hughley talks about the devaluation of assets in black neighborhoods. Hughley talks about how there is a notion of when people of color would move into a neighborhood, the property value would drop. Not because things would happen but because of the white people’s perception of people of color. He also discusses his own experience with trying to sell a home but was given an estimate that was lower than the property was worth. You can watch the episode down below

D.L. Hughley- “Why are Black Men Always the First Suspects in Their Own Murders?” (video)

D.L. Hughley on Breonna Taylor: Grand Juries Meet in Private … and so do Grand Dragons

D.L. is truly the next generation Dick Gregory but D.L. always finds a way to bring humor into the mix. Here he talks about the Breonna Taylor decision not to charge the officers involved and he makes some harsh points.

D.L. Hughley does it again! It’s getting to the point that every time something controversial happens in America, I’m looking to D.L. Hughley and a few other’s opinions on the matter.

Of course, I have my own opinion on the matters involving Colin Kaepernick but DL gives his opinion in such an unapologetic fashion and it is quite refreshing. Listen to what DL has to say about this new Colin Kaepernick controversy. If you don’t know but I’m sure you do that Colin plays the quarterback position for the San Francisco 49ers but most recently he as used his platform to stand up or should I say sit down in the name of justice.

Kaepernick has refused to stand for the national anthem due to people of color being treated unjustly in his eyes.”I am not going to stand up to show pride in a flag for a country that oppresses Black people and people of color,” Kaepernick said. “To me, this is bigger than football and it would be selfish on my part to look the other way. There are bodies in the street and people getting paid leave and getting away with murder.”Let’s just say D.L. Hughley supports him 100% and delivers a strong message only in the way he can. Check it out below.

Just like the last time Gabby Douglas was proudly representing America and winning gold, there are always the haters. These haters are dealing with a severe issue of self-hate more than anything else as they continue to blast Gabby Douglas about her hair being nappy. D.L. Hughley, who we also know is very outspoken about everything, used his radio platform to address the people disrespecting Gabby Douglas about her hair. He really doesn’t pull any punches as he describes the form of self-hate we are dealing with.

The prolific and hilarious D.L. Hughley is a cut above the rest. This man needs is own late night TV talk show … again.

D.L. Hughley Says Sarah Huckabee Lies So Much She has a Dead Eye and (video)