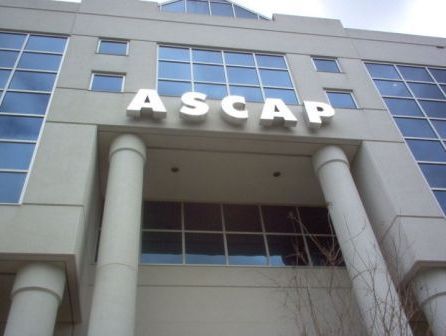 NEW YORK – (August 4, 2016)  ASCAP and BMI, the country’s two leading performing rights organizations (PROs) collectively representing more than one million songwriters, composers and music publishers, have joined forces to fight the Department of Justice’s (DOJ) recent interpretation of their respective consent decrees and to push for consent decree reform.  United in their belief that the DOJ’s decision to mandate 100% licensing will cause unnecessary chaos in the marketplace and place unfair financial burdens and creative constraints on songwriters and composers, the two organizations are pursuing a joint campaign: bmi through litigation and ASCAP through legislative reform.
bmi today announced it is taking legal action and has initiated the process to challenge 100% licensing in Federal Court. Concurrently, ASCAP announced that it will take the lead for the two PROs in pursuing a legislative solution to ensure the continued availability of fractional licensing as well as other remedies to the outdated consent decree regulations that disadvantage songwriters and composers in the digital age. In its recent public statement, the DOJ itself called for potential legislative relief.
Mike O’Neill, President and CEO of BMI, said, “The DOJ’s interpretation of our consent decree serves no one, not the marketplace, the music publishers, the music users, and most importantly, not our songwriters and composers who now have the government weighing in on their creative and financial decisions.  Unlike the DOJ, we believe that our consent decree permits fractional licensing, a practice that encourages competition in our industry and fosters creativity and collaboration among music creators, a factor the DOJ completely dismissed.  As a result, we have no recourse other than to fight the DOJ’s interpretation in court.  It won’t be easy, and we know it will take time, but we believe that it is the right thing to do and in the best interest of the industry at large.”
Elizabeth Matthews, ASCAP CEO, stated: “The DOJ decision puts the U.S. completely out of step with the entire global music marketplace, denies American music creators their rights, and potentially disrupts the flow of music without any benefit to the public. That is why ASCAP will work with our allies in Congress, bmi and leaders within the music industry to explore legislative solutions to challenge the DOJ’s 100% licensing decision and enact the modifications that will protect songwriters, composers and the music we all love.”
In a pre-motion letter to Federal Judge Louis Stanton, bmi advised him of a proposed motion to interpret and potentially modify its consent decree.  Specifically, the letter requests the following relief:
The full copy of BMI’s pre-motion letter can be found HERE.
By way of background, in a disappointing conclusion of a more than two-and-a-half-year formal review process, the DOJ recently announced that it has declined to update the 75-year-old ASCAP and bmi consent decrees that regulate how the organizations operate.  Instead, it decided to implement a new requirement mandating that each PRO license songs in their respective repertoires on a 100% basis – upending the long-standing industry practice of fractional licensing and creating logistical and legal challenges that didn’t previously exist for hundreds of thousands of music creators across the country.
# # #
ABOUT ASCAP:
The American Society of Composers, Authors and Publishers (ASCAP) is a professional membership organization of songwriters, composers and music publishers of every kind of music. ASCAP’s mission is to license and promote the music of its members and foreign affiliates, obtain fair compensation for the public performance of their works and to distribute the royalties that it collects based upon those performances. ASCAP members write the world’s best-loved music and ASCAP has pioneered the efficient licensing of that music to hundreds of thousands of enterprises who use it to add value to their business – from bars, restaurants and retail, to radio, TV and cable, to Internet, mobile services and more. The ASCAP license offers an efficient solution for businesses to legally perform ASCAP music while respecting the right of songwriters and composers to be paid fairly. With 585,000 members representing more than 10 million copyrighted works, ASCAP is the worldwide leader in performance royalties, service and advocacy for songwriters and composers, and the only American performing rights organization (PRO) owned and governed by its writer and publisher members. Learn more and stay in touch at www.ascap.com, on <a href="https://t.e2ma.ne