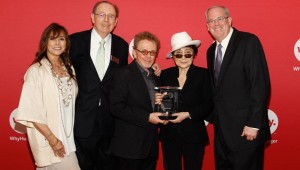 Yoko Ono Lennon's “Imagine There's No Hunger” campaign, in partnership with the Hard Rock CafÃ© International, has raised more than $1 million for WhyHunger's projects, which has helped provide over 6.8 million nutritious meals and agricultural training to children in 19 countries around the world.

Co-founded by the late singer-songwriter and ascap member Harry Chapin (“Cat's in the Cradle,” “Taxi,” “W*O*L*D” and “Songman”) and current Executive Director Bill Ayres in 1975, WhyHunger aims to help create self-reliance, economic justice and equal access to nutritious and affordable food. ascap is a founding sponsor of WhyHunger's Artists Against Hunger and Poverty campaign.

Radio Facts - June 1, 2020 0
In a time where black men and women worked hard to build their own communities by being entrepreneurs and economically independent they...