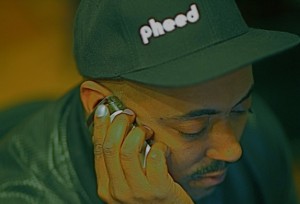 Xumaniiâ„¢ (“Xumanii” or the “Company”)  a company that has developed proprietary technology capable of broadcasting live concerts and events in True HD wirelessly from multiple cameras at events for an extremely low production cost, announces today that it has appointed John “Monopoly” Johnson, one of the most successful and well-known hip-hop talent scouts and Artist Manager. Though most in the industry know him for the ultra successful career launch and co-management of Superstar Entertainer Kanye West from 1991 to 2008, he has also served on management teams as well as a key A&R for talents such as Busta Rhymes, Missy Elliott, Mobb Deep and Legendary Hip-Hop Producer NO ID. Mr. Monopoly was VP of Producer Management at Violator Records, Director of A&R at Jive Records, and COO of Kanye West’s label G.O.O.D. Music as well as Urban Marketing Director of the new popular social media platform Pheed. While at Pheed John Monopoly played an integral part of the recent surge in popularity by securing Artists such as Nas, Pharrell, 2Chainz, Pusha-T, Flo Rida, Game and Sean “P Diddy” Combs. Pheed quickly joined the Top 20 out of all Free Apps, reaching #1 in social networking above Twitter and Facebook due to the overwhelming support and endorsements of some of the most well known names in Popular Music today.”John’s reach, business acumen, reputation and talent is of the highest caliber in the Music Industry and it is with great pleasure that we welcome him onboard. He has a proven track record of success and his knowledge of the technological integration in Music and Entertainment is profound,” said Xumanii founder and CEO Alexandre Frigon.