Paris Strother of R&B duo We Are KING shares what drives the group’s creative process, how place and time influence that journey, and an original arrangement composed inside We Are KING’s LA home studio.In “Dream Catcher,” Strother blends a series of Moog synthesizers—Matriarch, Moog One, Grandmother, Mother-32, and DFAM—to achieve the flowing layers and rich textures of We Are KING’s signature soulful sound.Elements of jazz, funk, and classical technique shine throughout Paris’s performance in We Are KING’s Los Angeles creative space. Strother describes how that environment plays a part in the creative process overall: “Our creative process usually begins with experimentation; there hasn’t been any one way that we’ve arrived at a song. We’ve found that the environment has been important to our music-making process, so we’re always striving to create an environment that inspires spontaneous and random creation.”“Sonically, we often find ourselves looking for sounds and textures to recreate specific memories,” the Grammy-nominated artist shares. “Music is such a great vehicle to translate one’s personal relationship with memory into something that’s accessible to everyone.”Strother also noted that specific instruments have been a major driving factor in the group’s music-making process as of late. “The sound of the Matriarch, in general, is beautiful,” she remarks about Moog’s latest analog synthesizer. “The layout of the board itself makes it easy and fun to experiment with so many different parameters. Each of the sounds we’ve discovered are so unique.”We Are KING performs live at the Ford Theatre in LA on Saturday, October 12th, with Matriarch and other Moog instruments. 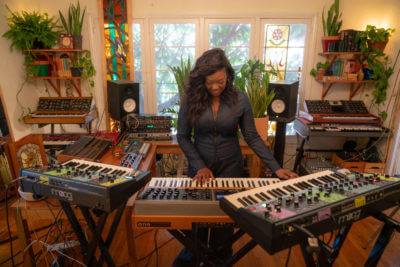 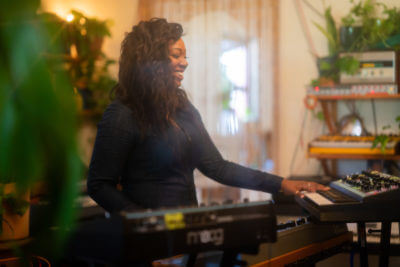 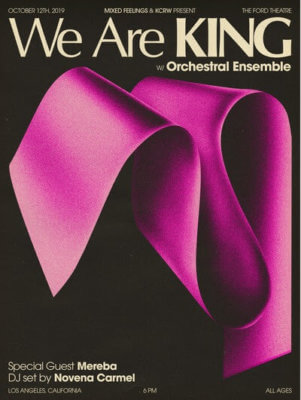