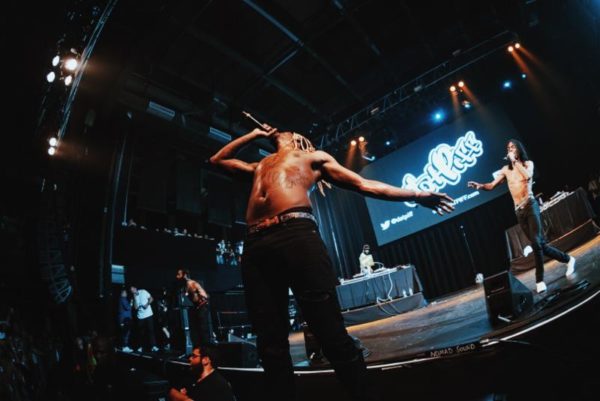 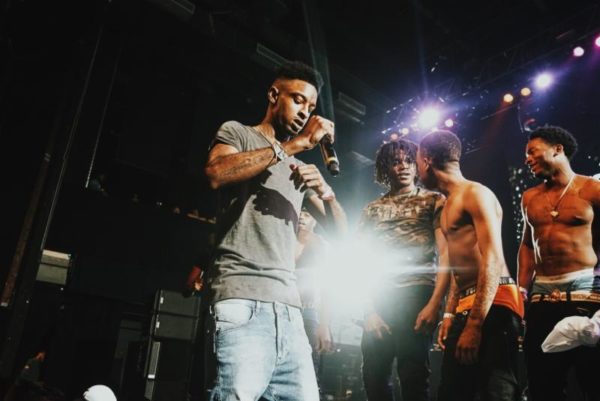 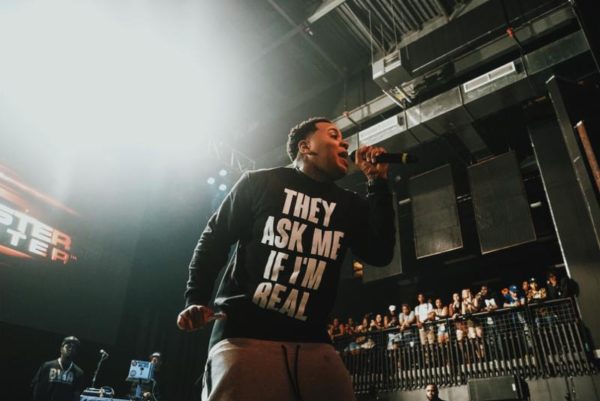 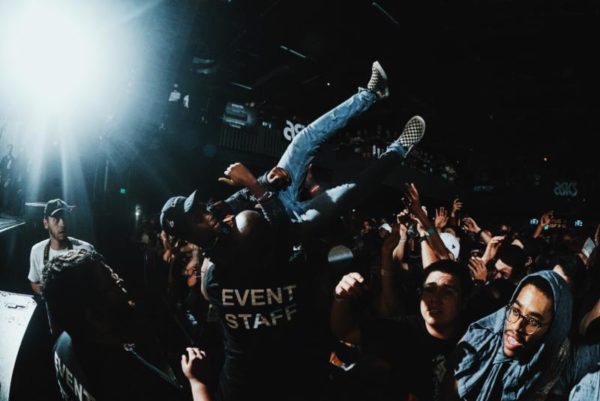 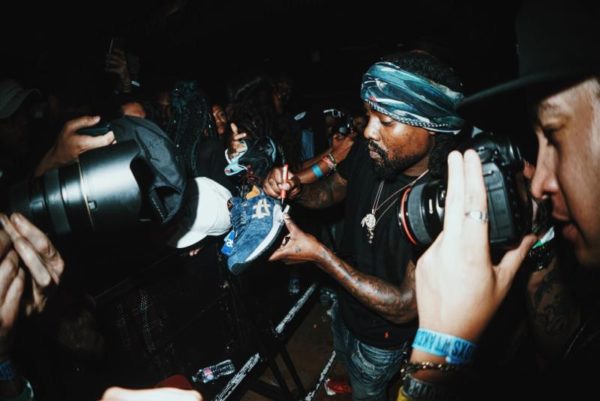 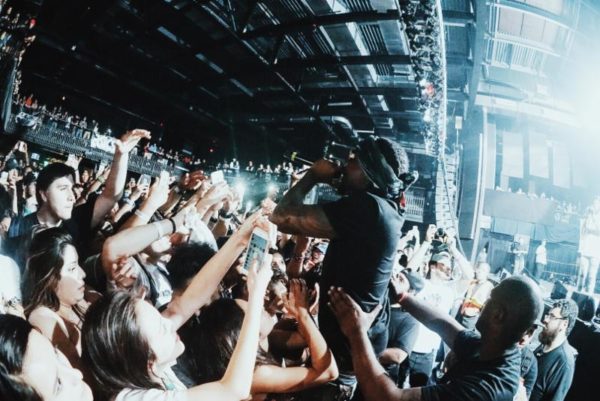 AUSTIN, TX – D.C.’s own Wale made a surprise appearance to close out the first night of the #SXSWTakeover at Austin Music Hall on Wednesday, March 16. A last minute replacement for Travis Scott, who couldn’t make it to Austin due to illness, Wale bounded on stage and delivered some of his biggest hits, including “Clappers” and his contribution to “No Hands.” He performed many of his hits from the venue floor, surrounded by fans. Following his set, the MC spent several minutes pausing for photos and signing autographs, as the near-capacity crowd filed out of the venue for the night.
The evening’s co-headliner, Kevin Gates took control of the DatPiff and Asics sponsored stage for nearly 45 minutes, enjoying the energy he was receiving from fans, as he performed his hits “I Don’t Get Tired” and “2 Phones” among other fan favorites.
Alongside these seasoned performers were a handful of newcomers who more than held their own. Legendary hip hop music curators DJ Drama and Don Cannon brought out fellow Philly native Lil Uzi Vert as well as Inglewood, CA’s own Skeme while showcasing a handful of songs from their many collaborators.
Buzzworthy Atlanta newcomer MADEINTYO had fans singing along to his set as he delivered his current internet hit, “Uber Everywhere,” with an assist by his Private Club label mate, Royce Rizzy, before jumping into the crowd and surfing his way across the venue.
Day One of the 2016 #SXSWTakeover also featured performances by Liam Tracy, 21 Savage, and Flatbush Zombies.
Flatbush Zombies – SXSW TakeOver.JPG
Flatbush Zombies on stage at SXSW Takeover Day One
21 Savage On Stage at SXSW Takeover Day 1.JPG
21 Savage Shines on SXSW Takeover Stage Sponsored by DatPiff and Asics