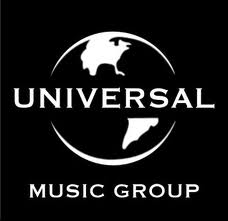 Universal Music Group (UMG), the world’s leading music company, will further expand its line-up of direct-to-consumer offerings and services for music fans through an agreement with Moontoast, a leading social marketing, social commerce and analytics company. The announcement was made today by Randy Malinoff, Head of D2C eCommerce for UMG, and Marcus Whitney, co-founder and CTO of Moontoast.As part of this agreement, UMG will utilize Moontoast’s social commerce and analytics platform to launch, promote and sell music, merchandise and related goods through digital and social channels including Facebook, artist websites and artist fan sites.”Social is the next frontier in the digital music revolution and Moontoast’s market leading platform allows UMG’s artists and labels to reach their fans anytime and anywhere,” stated Randy Malinoff, Head of D2C eCommerce for UMG. “Having already powered successful social commerce campaigns for our Universal Music Nashville, Island Def Jam and Interscope labels, we’re thrilled to select Moontoast to power our direct to consumer initiatives companywide.”Music is one of the most popular digital goods categories and 2011 was a record-breaking year for digital downloads, with 1.3 billion digital songs sold. According to Nielsen’s 2012 study, album sales are already up 15 percent compared to the same period last year, with over 1 billion digital songs sold by October 1. Social media is indeed fueling this digital music revolution; many of the top social media performers are musicians, with Eminem, Rihanna, and Lady Gaga ranking in the top 10 for worldwide social media presence. Music fans are flocking to social channels to follow their favorite musicians. Seven of the top 10 accounts on Twitter are musicians and 50 percent of Twitter users follow at least one musician.”Moontoast is excited and honored to be expanding our relationship with Universal Music Group,” commented Marcus Whitney, Moontoast co-founder and CTO. “As a music lover, it is both professionally and personally gratifying to be helping the world’s leading artists and labels build closer relationships with their fans. We are looking forward to delivering a broad variety of offers to passionate fans across the globe.”

Radio FactsApril 15, 2020September 17, 2022
April 15, 2020September 17, 2022
FacebookTwitterInstagramYoutube
We use cookies on our website to give you the most relevant experience by remembering your preferences and repeat visits. By clicking “Accept”, you consent to the use of ALL the cookies.
Do not sell my personal information.
Cookie SettingsAccept
Manage consent