Radio Facts: Famed Actor and former California Governor, Arnold Schwarzenegger just posted a photo of himself sleeping on the street under his famous bronze statue of himself and wrote under the picture: "How times have changed"

Turns out the statue is in front of a hotel that he inaugurated with his statue when he was governor. He was told a room would be reserved for him at a given moment. The hotel reneged on the deal now that Arnold is not governer anymore or making hit movies and they have refused to honor his free room status. Arnold then made a point that should literally make this picture a candidate for a Pulitzer.

He took a picture of himself in a sleeping bag in front of the hotel in front of the statue and stated: "When I was in an important position, they always complimented me, and when I lost this position, they forgot about me and did not keep their promise. Do not trust your position or the amount of money you have, nor your power, nor your intelligence, it will not last. "

For many people, according to the comments, the message flew right over their heads when they responded with things like 'Oh, he can pay for the room, he's just cheap...' After living in LA, being in the business for over 30 years and seeing people fall from fame like rain from the sky in many instances and seeing how that affects them.

I had to respond on the post with a comment ... "Actually, he [Arnold] makes a great point. Not sure of those on here who live in LA but you see many once famous people at bus stops or working as security guards in apartment complexes or some (somewhat famous people) who are now on the street. He is right. Who you were is not equal to who you are in the showbiz game. But you can't be mad, it's business and it's about current value. Point is ... better save your money." 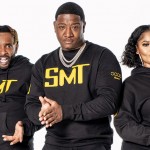