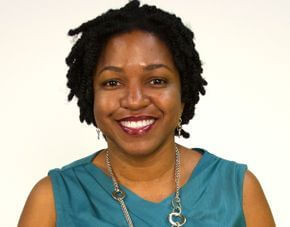 The Tom Joyner Morning Show (TJMS) had an interview with Stacy Brown, the freelance reporter for the Washington Informer, who’s recent interview with Bill Cosby has went viral. Tom Joyner and J. Anthony Brown are on vacation so the interview was given by Skip Murphy, Sybil Wilkes and comedian Damon Williams.

SKIP MURPHY:  Right now, you remember when Bill Cosby spoke out, just a little concerning the allegation surrounding him?  Well, we have Stacy Brown, the reporter from The Washington Informer with us right now who got the scoop on Bill and good morning to you Stacy, how you doing?

SKIP MURPHY:  Well, let me get this straight.  So you called Bill Cosby and he answered the phone?

STACY BROWN:  (Chuckle) To my surprise he answered the phone.

STACY BROWN:  Surprisingly he was in; I’d say he was in a really good mood.  He didn’t seem like he had a care in the world.

SKIP MURPHY:  Mm-hmm.  Did you identify yourself?  Did he know who was calling?

STACY BROWN:  You know what, it’s so interesting, because I spoke to him about a year or so ago and this time when I called him I started to say my name, Stacy, and before I could say Brown he said; I remember you, I know who you are.

SKIP MURPHY:  Okay, all right.  Well, what questions did you ask Bill Cosby?  Did he refuse to answer?

STACY BROWN:  Well, right away – yeah, I’m sorry, right away I knew that he was not going to answer questions about the allegation.  So I had a goal, if I were to get him I want to know how his wife, he’s been married 51 years, no one’s asking about Camille Cosby.  How is she holding up?  And I was able to do that.  And see one of the thing about the black press, at least the black newspapers, I should say; especially The Washington Informer is positive news.  We stay away from the scandal, if you will.  So we were affording him an opportunity, at least I was affording him an opportunity, to have that chance to speak to an audience, or to a news organization that is not going to interject opinions.

SKIP MURPHY:  Mm-hmm.  So he made a statement to you about, he expected the black media to remain neutral?

STACY BROWN:  Yeah.  And a lot of people are really jumping on that statement saying that he’s, you know, asking certain things of the black media, or the black press in particular.  I didn’t get that.  I got that he knew he was talking to someone who writes for the black press, who – he knew he was talking to a black man.  And I think, I really believe, and I could be wrong, but I really believe that he was talking to a white reporter with a white news organization, his message would’ve been similar, obviously the wording a bit different, but his call was just for fairness.

SYBIL WILKES:  And what about the comments from Mr. Cosby, Stacy, about, or at least his people saying that they didn’t like the way you went about it …

STACY BROWN:  Of course not.

SYBIL WILKES:  … but I’m saying in terms of your identifying yourself as Stacy before you could finish (stating your last name) and also as far as recording the conversation and all of that was concern?

STACY BROWN:  Well, first of all, I did identify myself and he said I need no introduction, really, based on, you know, but when you talk to a, I record all of my telephone interviews, because you have that element always to say they were misquoted.  And I don’t want to as a journalist.  I don’t want to misquote anyone.  So anytime I’m going to interview you I’m going to record it.

SKIP MURPHY:  Does that little voice come in and say …

STACY BROWN:  And I think that most people have that expectation of a reporter.

SKIP MURPHY:  Does the little voice come in on your call; This call is being recorded.  Do they know?

STACY BROWN:  And maybe some people could argue that it should be that way but I think if you’re talking to a reporter he, no question, knew he was talking to a reporter, you have to anticipate that the call is being recorded either digitally, you know, with a voice recorder, or notes are being taken.

STACY BROWN:  Well, he told me, first of all, it’s so interesting, because I had expressed to him that we have, in our reporting, The Washington Informer’s reporting, we had certainly spoken to his fans who have spoken up for him.  And that’s been highlighted in our story.  And he said to me he was very appreciative of that.  He was aware that, of that, because his team had shared it with him, and he was going to instruct him to treat us like royalty.  And I was telling him, well, that’s not what we’re asking for.  He said; no, no, I’m going to tell them to treat you as royalty.  And I thought that was interesting, especially given the statement that his lawyer gave out yesterday about our conversation.

SYBIL WILKES:  So what is your takeaway from all of this, Stacy, in terms of what Mr. Cosby said and also the people’s reaction to your interview.

STACY BROWN:  The reaction is amazing because, you know, I didn’t know I had enough for a story.  I didn’t think he gave me nearly enough, but I guess because he hasn’t spoken, and because he did say something of substance, at least about his wife, and that the whole black media comment, I guess it had so much legs, I looked Google and it’s like 1,300 stories about that particular interview.  I really believe that he wants to talk.

SYBIL WILKES:  Had he contacted you?  Because he has called a lot of people and you know, and wanted to talk off the record.  Had you received any kind of convers—any kind of call from his people or from Mr. Cosby in advance of this?

STACY BROWN:  No, I had been talking to his people for about three and a half weeks before I called him.  And it was about, obviously, a sit down interview, and things kind of stalled and I just decided just to give it a shot and give him a call.

SKIP MURPHY:  Has that …

DAMON WILLIAMS:  Is it true that he wouldn’t talk to anybody but Jet magazine?

SKIP MURPHY:  Stop with that, you know.  There you go.  Well, thank you, well, Stacy, is there a place where we can take a look at the transcript?

SYBIL WILKES:  But definitely your newspaper.

I read the following recently and the merits of its logic can’t be ignored or denied any longer.
Bill Cosby Rape Facts: Based on historic serial rapist data statistics Bill Cosby is an international serial rapist. 98% of victims tell the truth; 5% of rape crimes are reported. 2% of victims lie; 95% of rape crimes are never reported because victims fear rapist reprisal. These statistics and supporting links are provided in detail below. As of March 1, 2015, 35 women have accused Cosby of rape. These 35 women represent only 5% of the victims Cosby raped. Cosby, a sociopath serial rapist, lacks conscience, empathy, remorse, guilt or shame. If you still doubt these statistics, you too Cosby, imagine one of these victims is a member of your own family, and then, please do your own research.
WHY! VICTIMS MATTER! These victims represent all of us, our families, our children, daughters, wives, mothers and sisters. When our courts and countries fail to protect our families we must take action. When our “so called” leaders and professionals tell us there is nothing we can do, it’s time for new leaders and professionals. Rapist Cosby didn’t rape just once 30 years ago, Cosby’s been raping for 50 years. We intend to pursue rapist Crosby until laws are fixed, he is convicted, he admits his guilt and or he dies. We may forgive, we will NEVER FORGET! Rapist Cosby has no one to blame but himself. Let’s be clear, rapist Crosby owns this.
Agree! Please take this link viral. WHY! VICTIMS MATTER! Help stop rapist Cosby’s ongoing reprisal threats against the women who have accused him of rape. Tell a friend and make a difference TODAY.
https://plus.google.com/103041359322144339544/posts/e5vBecfNDJw

Princess DominikoMay 23, 2022September 26, 2022
May 23, 2022September 26, 2022
FacebookTwitterInstagramYoutube
We use cookies on our website to give you the most relevant experience by remembering your preferences and repeat visits. By clicking “Accept”, you consent to the use of ALL the cookies.
Do not sell my personal information.
Cookie SettingsAccept
Manage consent