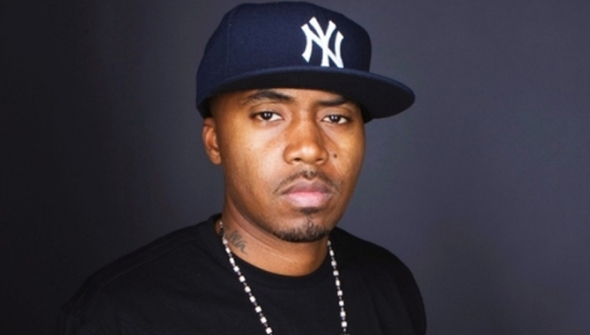 CULVER CITY, Calif., April 8, 2016 – In celebration of the nationwide release of Ghostbusters, one of the most highly anticipated movies of the summer, Sony Pictures Consumer Marketing is collaborating with Nas, the hip-hop icon and entrepreneur, for Nas x Ghostbusters, a new Ghostbusters fashion collection. Inspired by the classic film, Nas, one of the world’s biggest Ghostbusters fans, has curated the collection, with high-profile and upscale brands, which will launch this spring.
Nas x Ghostbusters is teaming up with six brands, covering streetwear (featuring Nas’ personal clothing line, HSTRY), caps (New Era), footwear (FILA), headphones (Monster), eyewear (Italia Independent), and bikes (Tokyobike).
HYPEBEAST will exclusively unveil the Nas x Ghostbusters collection online at Hypebeast.com with a Behind the Scenes video and a LookBook featuring Nas modeling the clothes, shot on location at Sony Pictures’ Culver City studio.
The collection will also be sold at Ron Herman in Los Angeles. To celebrate the collaboration, a launch event will be hosted by Nas at the flagship Ron Herman Melrose store on May 14.
In addition, the Nas x Ghostbusters line will be sold at the cult Parisian luxury store colette. colette will promote the collection via themed window displays and a takeover of the iconic water bar. A launch event for fashion influencers and entertainment press will be held at the store on May 17, hosted by Nas. The collection will also be offered online on www.colette.fr.
“The Nas x Ghostbusters collection takes our Ghostbusters collaborations to the next level,” said Mark Caplan, Senior Vice President, Global Consumer Products for Sony Pictures Entertainment. “There’s no biggerGhostbusters fan than Nas – he grew up with the franchise – and, along with these iconic partners, has done a great job interpreting the characters and movies into these amazing, fashion-forward products. The collaboration was not only a natural fit between these brands, but an opportunity to add a modern, high-end twist to Ghostbusters.”
Nas added, “Ghostbusters was a staple childhood movie for me, one my mother took me to see, and I still love watching today with my son.”
The anchor brand in this program is Nas’ own recently launched apparel brand, HSTRY, which pays homage to his own history growing up in the 80s and 90s. The HSTRY x Ghostbusters collection features an array of premium graphic tees, joggers and outerwear. The collection will be sold at retailers such as Ron Herman in LA and colette in Paris beginning in May.
A longtime fan of FILA, Nashandpicked the brand to be a part of the capsule. The FILA x Ghostbusterscollaboration will give fans the option to choose from a variety of classic Heritage styles, among them the Original Fitness, FX-100 and T-1 Mid silhouettes, offered in multiple colorways and decorated with the iconic Ghostbusters logo.
Inspired by the film’s iconic characters, the New Era x Ghostbusters collaboration will include a variety of cap styles and silhouettes including Old Golfers and 9FIFTY snapbacks. Select caps will also feature a play on Nas’ famed lyrics, including “Slime State of Mind.” The caps will also be sold on NewEraCap.com, New Era locations in Japan and New Era Locations in Europe
The Italia Independent x Ghostbusters collaboration includes Italia Independent iconic models and oversize classical frames. I•I Eyewear, the modern and technologically-advanced family, also offers classic shapes with Ghostbusters-inspired digital printed patterns decorated with the iconic Ghostbusters logo. The line will be sold at Italia Independent boutiques in NY, Paris, Miami, Milan.
Monster™, the world leader in high-performance personal audio, introduced the Nas x Ghostbusters Elements Platinum Limited Edition wireless on-ear headphones and ClarityHD in-ear headphones. The headphones, developed in collaboration with Nas’ fashion label, will feature a sleek platinum finish and white padded headband with the Ghostbuster logo emblazoned within its plush white ear cups.
The Tokyobikex Ghostbusters collaboration will include a limited edition Single Speed bicycle designed with custom graphics and a metallic, iconic Ghostbusters headbadge. The bicycle will be available through Tokyobike’s dedicated shop in New York City.
ABOUT “GHOSTBUSTERS”
Ghostbusters makes its long-awaited return, rebooted with a cast of hilarious new characters. Thirty years after the beloved original franchise took the world by storm, director Paul Feig brings his fresh take to the supernatural comedy, joined by some of the funniest actors working today – Melissa McCarthy, Kristen Wiig, Kate McKinnon, Leslie Jones, and Chris Hemsworth. This summer, they’re here to save the world! The film is produced by Ivan Reitman and Amy Pascal, and written by Katie Dippold & Paul Feig, based on the film “Ghostbusters,”