Continuing on a definitive hot streak, multi-platinum selling rapper/actress/entrepreneur Saweetie is one of TikTok’s top artists with 12.5 million original sound videos, 482 million YouTube views and counting, and over 2 billion accumulative streams to date. 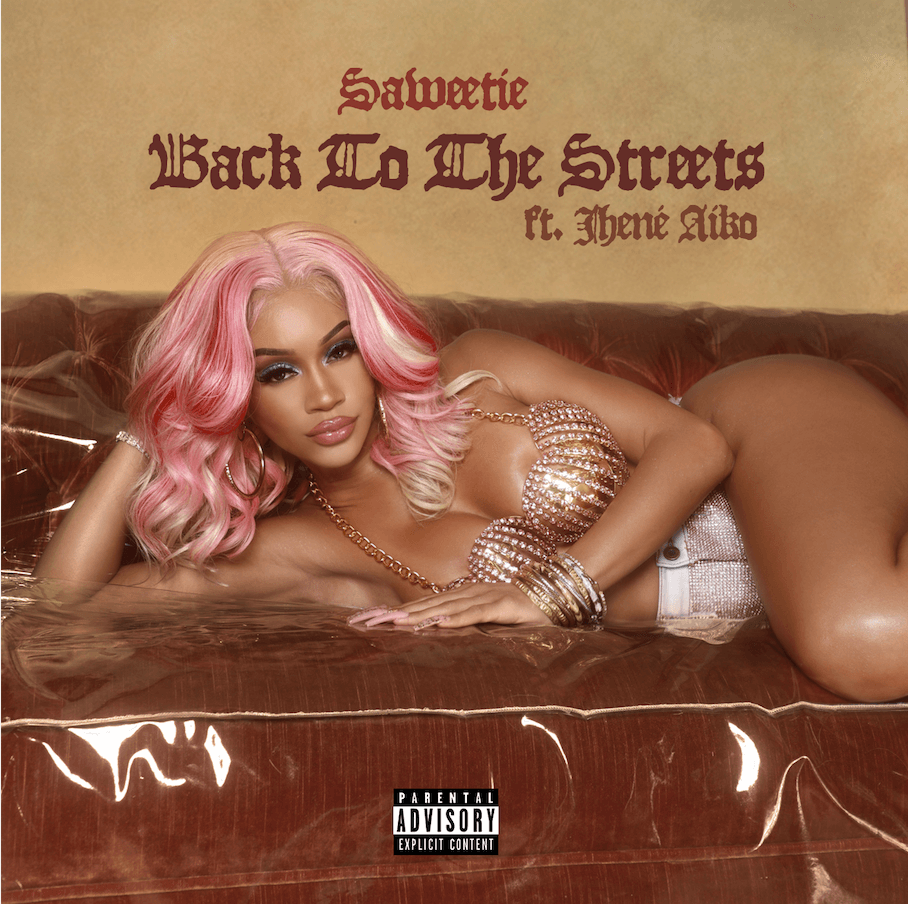 Today, Saweetie debuts a sassy new single, “Back To The Streets,” featuring GRAMMY® nominated, multi-platinum global star, Jhené Aiko. Co-produced by Timbaland, pretty piano chords and a bouncing baseline set the tone for Saweetie and Jhené’s lyrical lift-off. The single serves to empower women and unite two of the baddest in music.

“Back To The Streets” is for all the “F” boys. Saweetie comes out of the gate swinging with, “I put my new man on a leash / traded in my old ni**a he was just a lease / Ride around town till I leave / I gave that boy a round and sent him back to the streets.” Not to mention, Jhené put her own spin on a west coast classic saying, “Pass it to Saweetie, now you hit it / through with it / there ain’t really nothing else to do with it.”

Following the success of her #1 hit single “Tap In” and the recently released remix of “Tap In” with award-winning hitmakers Post Malone, DaBaby, and 2020 XXL Freshman Jack Harlow, Saweetie continues to collaborate with superstar artists like Aiko, who not only match her energy, but compliments her flows. As host of the 2020 Revolt Summit this weekend and a People’s Choice Awards nominee for “The New Artist of 2020,” Saweetie’s more visible than ever. Cast your vote for Saweetie HERE and see who wins Sunday, November 15 on E!

The Red Bulletin cover star is preparing for the release of her debut album Pretty Btch Music, with production from Danja, Lil John, Murda Beatz, and more. Pretty Btch Music is Saweetie’s self-titled movement, which encourages all women to define their own Pretty. Her empowered meaning of B*tch = Boss. Independent. Tough. CEO. Hyphy. Saweetie continues to expand her fashion and beauty empire, recently teaming up with PrettyLittleThing for a second “At Home With” collection; all proceeds are being donated to Black Lives Matter.

She also uses her voice and platform to bring awareness to other important causes like the #EndSARS movement in Nigeria. Additionally, Episode 2 of Saweetie’s entertaining YouTube video series, “Icy University,” is set for release on October 29.