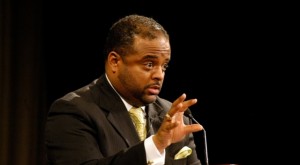 Teddy Wayne, author of  the novels The Love Song of Johnny Valentine and Kapitoil recently published a piece in the NY Times about “twerking” where he explains it to American families in the following way:”Twerking is a dance move typically associated with lower-income African-American women that involves the rapid gyration of the hips in a fashion that prominently exhibits the elasticity of the gluteal musculature.”With that definition he managed to piss off quite a few people, including TV-One’s Roland Martin. Martin sent out a series of tweets to the NY Times, the editors, and Teddy Wayne himself to explain their actions for such a story. Roland Martin, who is always very outspoken, had no problem calling all parties involved to task.Apparently Miley Cyrus has set the world on fire with her display of the extremely popular dance. Rapper Juicy J even has a 50k scholarship going out to the best Twerker. What has the world come to when “Twerking” is part of the mainstream news?  Check out Roland Martin‘s tweets below to see his displeasure with the article. 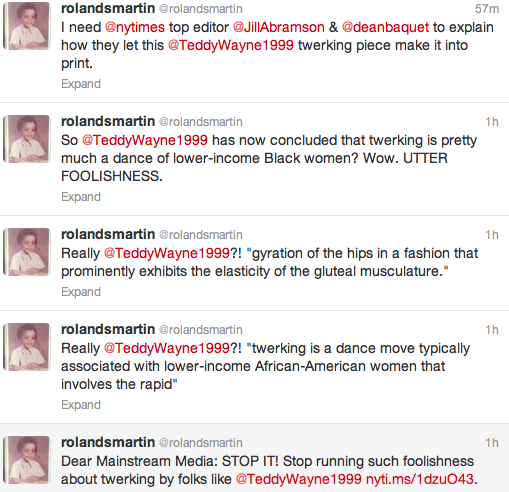