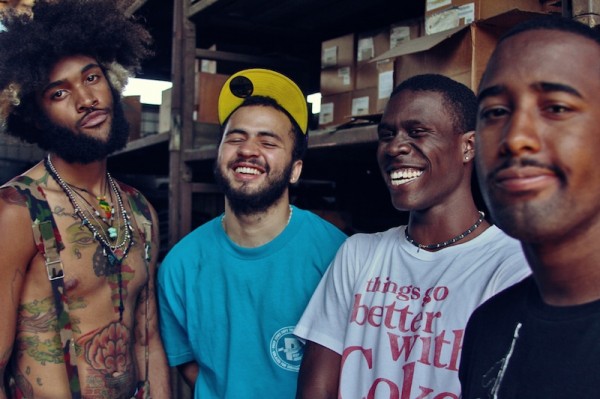 Bryan Leach, President of Polo Grounds Music, Inc. comments: “OverDoz. and their team are fearless, creative and represent everything that’s bright about where rap music is headed.”

Joon’s unorthodox fashion sense and rapping style, P’s laid back approach, Kent’s unique singing voice, and Creamie’s hilarious skits makes OverDoz. an unmatched entity in the world of music. With several attention grabbing mixtapes under their collective belt (2008’s Bowties and Rosaries, 2010’s Nova and 2011’s Live For, Die For), OverDoz.’s creative melodies and concepts have won over crowds across the world with comparisons to Outkast, Funkadelic and The Digital Underground.

OverDoz. is receiving rave reviews for their latest mixtape, BOOM, which includes standouts “Killer Tofu,” “Lauren London” and guest appearances from Juicy J, Problem, Nipsey Hussle, dj Drama and more. The Fader describes BOOM as a “playful, breezy project, a combination of blunted West coast slap and a bit of almost Aquemini-esque meandering soulfulness,” while OkayPlayer declares “these dudes are stars in the making and this tape should certainly propel them to that next level – understand the hype.”