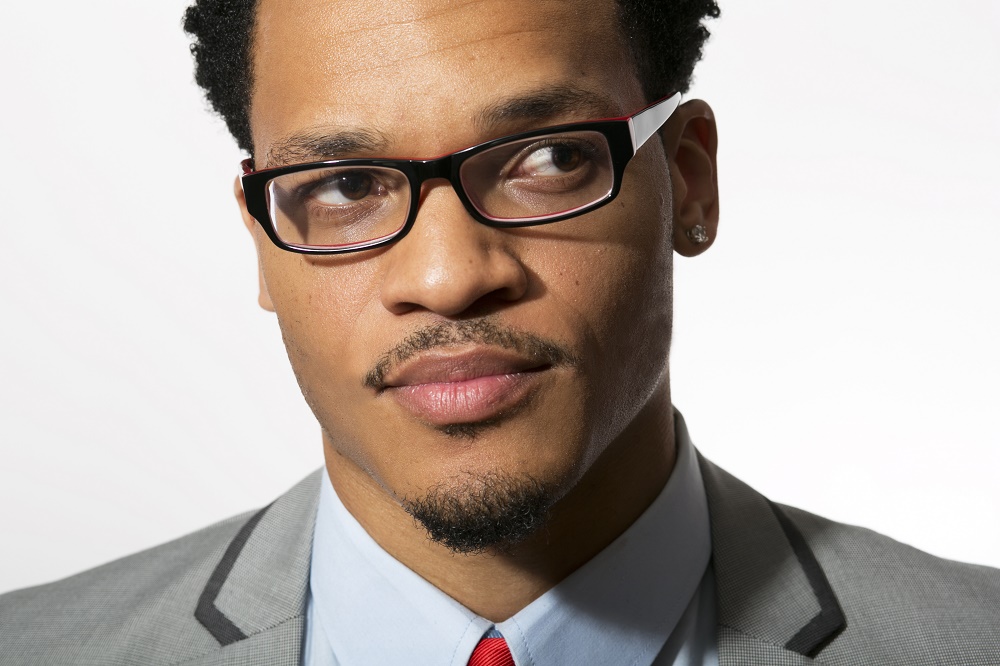 THE WAIT IS OVER…CHRISTON GRAY RELEASES SOPHOMORE SOLO PROJECT “THE GLORY ALBUM”
Gray Named One of ESPN’s Music Artists of The Month and Selected as BET Honors Pre-Show Performer
Dallas, TX – March 11, 2016 – Today, acclaimed Christian hip-hop and R&B artist, songwriter and producer Christon Gray releases his highly-anticipated sophomore solo project and major label debut, THE GLORY ALBUM, on Kirk Franklin’s Fo Yo Soul Recordings/RCA label.  Already capturing widespread attention, THE GLORY ALBUM is a progressive mix of hip-hop, R&B and contemporary Christian music that defies tradition, without losing its intentions.  Accomplishing a universal sound, his 13-track album includes the lead single “Open Door (See You Later),” and songs such as “Connor McDees,” “Ft. Knox,” “50 Shades,” and “Blackmail (Black Male).”  THE GLORY ALBUM is available everywhere music is sold.
Writing on every track, Christon Gray’s creative gifts on THE GLORY ALBUM have already garnered early buzz, with Christon named on a short list of ESPN’s Music Artists of The Month.   All March long, fans can enjoy multiple cuts from the new project featured throughout the sports network’s programming and highlight reels.  Earlier this month Gray also delivered an impressive opening performance at The bet Honors, thrilling the crowd that included this year’s honorees: Patti LaBelle, L.A. Reid, Eric Holder, Lee Daniels and Melody Hobson.
As a member of WLAK (We Live As Kings), Christon topped the Billboard Gospel charts with their self-titled debut in 2013.  His first solo album, 2014’s School Of Roses, debuted in the top 5 on Billboard’s R&B Albums Chart and THE GLORY ALBUM is set to continue the momentum.  GospelPundit.com declared the album a “musical gem” in a 5-star review, calling THE GLORY ALBUM “a cohesive masterpiece, moving seamlessly from authentic, transparent vocals to playful and clever lyricism, all set to well-produced instrumentals….Christon Gray explores the limits of his creativity with unbridled freedom.” New Release Today shared a similar sentiment and dubbed the album “an incredible piece of art that will touch each area of the soul”—also giving the project 5 stars.
Christon Gray’s – THE GLORY ALBUM Retail Links
https://smarturl.it/TheGloryAlbum-I (iTunes)
https://smarturl.it/TheGloryAlbum-A (Amazon)
https://smarturl.it/TheGloryAlbum-G (Google Play)
https://smarturl.it/TheGloryAlbum-Apple (Apple Music)
https://smarturl.it/TheGloryAlbum-S (Spotify)
Christon Gray’s – THE GLORY ALBUM Track Listing:

ABOUT FO YO SOUL RECORDINGS/RCA
Fo Yo Soul Recordings is a joint venture between gospel music icon Kirk Franklin and RCA Records.  The Dallas-based inspirational music label, which was established in 2013, showcases some of the genre’s most talented emerging artists and established performers, including GRAMMY-nominated and Stellar-award winners The Walls Group, Stellar-award winner Tasha Page-Lockhart, and BET’sSunday Best season 7 winner Geoffrey Golden.

ABOUT CHRISTON GRAY
One of the most celebrated names in Christian Hip Hop and R&B, Christon Gray is a Columbus, OH-based writer, singer, rapper, and producer.  In addition to performing on BET’s Music Matters Showcase, and on the mainstage at Alive Fest, he has been featured inJet, Essence, and Billboard.  His last solo album, School Of Roses, debuted in the top 5 on Billboard’s R&B albums chart upon its release in March 2014.