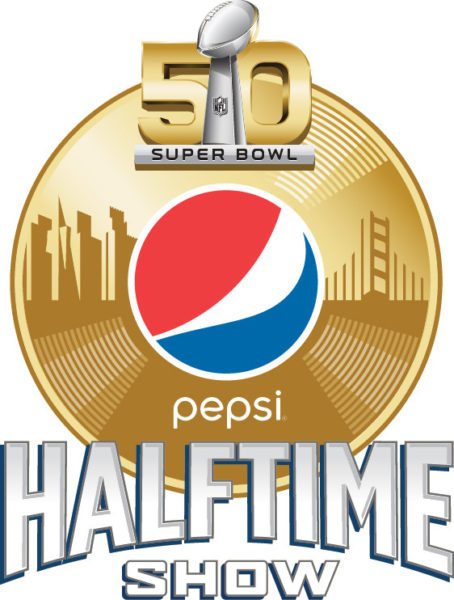 As part of the year-long celebration of Super Bowl 50, which will be played on Sunday, Feb. 7, 2016, the NFL announced the PEPSI SUPER BOWL 50 HALFTIME SHOW on CBS will echo elements of the NFL’s On the Fifty campaign – honoring the past, recognizing the present and looking ahead to the next 50 years.
This announcement is just the beginning. One of the global superstars performing at the PEPSI SUPER BOWL 50 HALFTIME SHOW on CBS will be revealed next Thursday, Dec. 3 during the Green Bay–Detroit game on CBS and NFL Network. Kickoff is at 8:25 p.m. ET.
Fans are encouraged to visit Pepsi.com now for a sneak peek of next Thursday’s announcement. For the first time ever, fans will receive exclusive PEPSI SUPER BOWL 50 HALFTIME SHOW content and behind-the-scenes access to the making of this unprecedented event.
The Pepsi Super Bowl Halftime Show is the most-watched musical event of the year. More than 118.5 million U.S. viewers watched last year’s show – marking the most-watched Halftime Show ever. Both Super Bowl 50 and the Halftime Show will be broadcast worldwide from Levi’s Stadium in the San Francisco Bay Area.
The esteemed list of recent halftime acts includes Katy Perry, Bruno Mars, Beyoncé, Madonna, The Who,Bruce Springsteen & The E Street Band, Tom Petty and the Heartbreakers, Prince, the Rolling Stones, Paul McCartney, U2 and more.
Super Bowl 50 marks Pepsi’s fourth year as the title sponsor of the Super Bowl Halftime Show, and 14th year as an NFL partner. Pepsi and the NFL have teamed up again to provide fans with a halftime experience worthy of pop-culture’s biggest stage. This year, Pepsi brings fans closer than ever to the show with unprecedented content and an exclusive behind the scenes look at what it takes to pull off the biggest music event of the year through its unique digital mini-series, “Pepsi presents: The Super Bowl Halftime Show Show.”
The PEPSI SUPER BOWL 50 HALFTIME SHOW is an NFL NETWORK PRODUCTION led by executive producer RICKY KIRSHNER and director HAMISH HAMILTON.