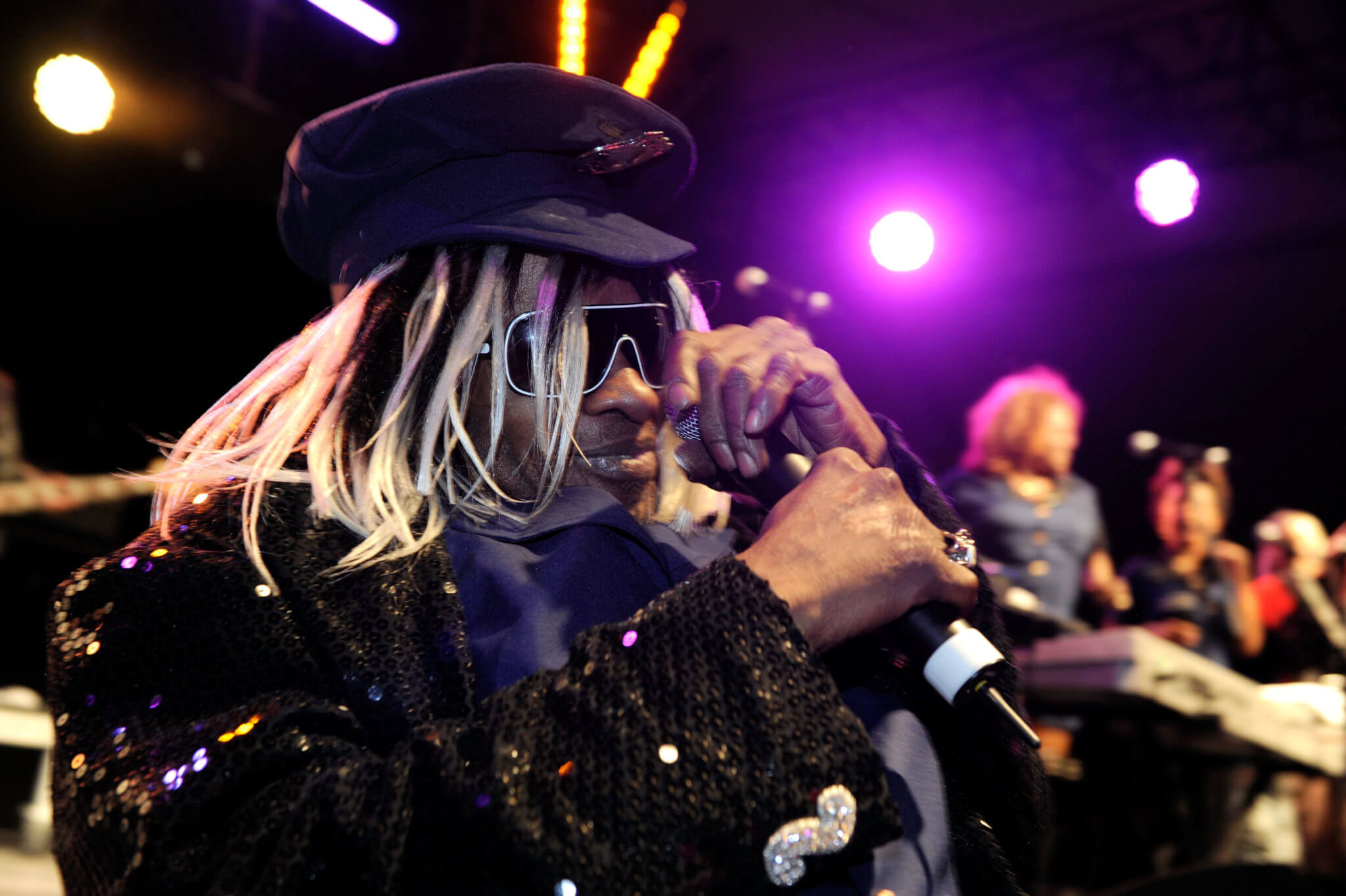 Editor’s Note: Did you know that Sly Stone started as a radio Radio DJ in San Francisco?The Estate of Michael Jackson/MIJAC Music has reached agreement with Sylvester Stewart to acquire a majority ownership of the U.S. rights to the Sly and the Family Stone catalog and, as part of the arrangement, will retain long-term administration rights. The catalog includes classic songs like Family Affair, Dance to the Music, Everybody is a Star, Hot Fun in the Summertime and Everyday People, the first of their six #1 pop and R&B hits. The Estate continues to own 100% of the copyright for the catalog outside the U.S.“Thank You Mijac (Falettinme Be Mice Elf Agin),” said the irrepressible Stewart at the signing of the agreement.“Sly and the Family Stone were a force for enlightenment and positive change, a message that Michael believed in. He recognized Stewart’s genius and the power of his words and music which is why he first acquired the catalog and why we at MIJAC follow in Michael’s footsteps today,” John Branca and John McClain, co-executors of the Estate of Michael Jackson.MIJAC Music, one of the industry’s leading independent publishers, was created in 1980 by Michael Jackson as his personal publishing company. It has since become one of the most significant and valuable catalogs in music publishing and continues to actively pursue acquisitions of the copyrights of culture’s most important and enduring music. Michael’s first acquisition was for the catalog of Sly and the Family Stone in 1983, an early indicator of Michael’s astute business acumen.Formed in 1966 in San Francisco, the seminal music of Sly & the Family Stone, led by acclaimed producer/songwriter Sly Stewart (professionally known as Sly Stone), fused funk, pop, soul, R&B and social accountability for a revolutionary sound that helped pioneer the emerging ‘psychedelic soul’ of the time. The Rock and Roll Hall of Fame, which inducted the band in 1993, wrote that “Their songs were more than danceable hits – they were a force for positive change.” Several of the songs are included in The Rock and Roll Hall of Fame’s 500 Songs that Shaped Rock and Roll and the group’s influence can be heard in the music of Prince, George Clinton, Bruno Mars and others.The MIJAC Music catalog includes all of the songs written by Jackson, including “Bad,” “Beat It,” “Billie Jean,” “Black or White,” “Can You Feel It,” “Dangerous,” “Dirty Diana,” “Don’t Stop ‘Til You Get Enough,” “Earth Song,” “Heal the World,” “I Just Can’t Stop Loving You,” “Jam,” Scream,” “Smooth Criminal,” “The Way You Make Me Feel,” “They Don’t Care About Us,” “Wanna Be Startin’ Somethin’” and “We Are the World” all of which remain permanent fixtures on the radio, in streaming, in films and more.The catalog also includes some of the 20th century’s most important songs made famous by artists such as Ray Charles, Marvin Gaye, Elvis Presley and Aretha Franklin such as After Midnight, Ain’t No Stoppin Us Now, Back Stabbers, Cryin’ in the Chapel, Ease on Down the Road, For the Love of Money, Goldfinger, Great Balls of Fire, Higher and Higher, I Got a Woman, I Never Loved a Man, Love Train, Mystery Train, Mr. Bojangles, People Get Ready, Runaround Sue, Shake Rattle and Roll, Sugar Sugar, What’d I Say, When A Man Loves a Woman, Year of the Cat, and more.John Branca and Karen Langford, Ziffren Brittenham, represented MIJAC in the negotiation. David Dunn, of Shot Tower Capital, assisted.Sylvester Stewart was represented in this transaction by Robert J. Allan, Brian Tinkham and Stella Yap of Allan Law Group P.C. and co-counsel, Robert A. Celestin of the Law Offices of Robert A. Celestin acting in consultation with Arlene Hirschkowitz, Sylvester Stewart’s manager.”