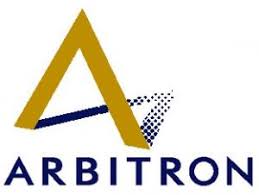 IA, MD; December 6, 2010 ““ Arbitron Inc. (NYSE: ARB) announced today that the Media Rating Council, Inc. ® (MRC) has withdrawn its accreditation for the Company’s RADAR ® (Radio’s All Dimension Audience Research) and Nationwide network and national radio audience services.
The withdrawal is effective with RADAR 107, which is scheduled to release on December 13, 2010 and with the Fall 2010 Nationwide report, which is scheduled to release in early March 2011.

The MRC informed Arbitron that its Board of Directors elected to withdraw accreditation for RADAR and Nationwide because the two services incorporate data from an increasing number of Portable People MeterTM (PPMTM) markets that are not accredited by the MRC. The accreditation process for the Portable People Meter service is ongoing. Of the 43 markets where the PPM service is currently commercialized only those data produced by the PPM services in Houston-Galveston, Riverside-San Bernardino, and Minneapolis-St. Paul are accredited by the MRC.

Cardi B Joins Playboy As First Ever Creative Director

Before There Was Prince, There Had To Be … Sly Stone

Why Black People Should Be Running from Wisconsin

Newspaper is your news, entertainment, music fashion website. We provide you with the latest breaking news and videos straight from the entertainment industry.