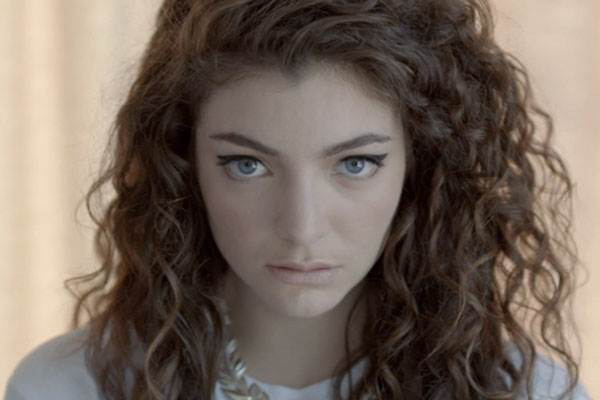 The 17-year-old New Zealand songstress makes history as her multi-platinum-selling smash “Royals” captures the number one spot at Urban Radio this week. Becoming a true crossover sensation, the single initially infiltrated the format’s Top 10 in December and has gradually risen to #1. This is the first-time that an artist from New Zealand has dominated Urban airwaves in the United States. Simultaneously, the song holds #1 at five formats right now—Urban, Alternative, AAA, Top 40, and Hot AC.

Just before 2013 ended, her full-length debut, Pure Heroine [LAVA/Republic Records], was certified Gold by the RIAA for sales of over 500,000. “Royals” itself most recently became quadruple-platinum, moving over 4 million digital downloads in the U.S. alone. Currently, you can catch her on the cover of Rolling Stone.

Next weekend, LORDE is nominated for an impressive four Grammy Award nominations at the 56th annual ceremony. “Royals” is up for “Song of the Year”, “Record of the Year”, and “Best Pop Solo Performance”, while Pure Heroine garners a nomination for “Best Pop Vocal Album”.

“Royals” began its radio journey at the alternative format before blossoming into a crossover mega-hit. It spent a stunning nine weeks at #1 on the Billboard Hot 100. As a byproduct, it seized the record for “Longest #1 on the Billboard Hot 100 by a Female Artist in 2013″. Moreover, she remains the youngest artist to top the chart since 1987. This song proves definitive for modern pop music.
Moreover, the track ruled AAA Radio for seven straight weeks, and rose to the #1 greatest gainer at both Rhythmic and Hot AC formats, while achieving the #1 spot on iTunes Overall Top Songs Chart and iTunes Alternative Songs Chart. In addition, the follow-up single “Team” is now the #1 most added track at Top 40, solidifying her status as a tried-and-true hit maker.

Celebrating the release of Pure Heroine, she performed on Late Night With Jimmy Fallon, Good Morning America, and Ellen. Her first headline tour of the U.S. was highlighted by multiple sell outs and unanimous critical acclaim.

As soon as it was released, ‘Royals’ stirred up a frenzy online. It reached the coveted #1 spot on Hype Machine, and it has racked up over 35.5 million YouTube/VEVO views. In 2012, she took New Zealand by storm when her self-released, The Love Club EP, rose to #1 on the country’s top albums chart.
Meanwhile, Pure Heroine shot to the top 5 of the Billboard Top 200, reaching #3. It also topped the Amazon MP3 Chart and the iTunes Overall Top Albums Chart.