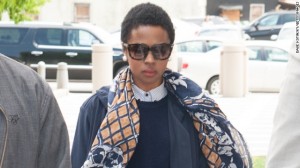 Former member of the Fugees, Lauryn Hill will spend three months in jail for failing to pay income tax on about $1.8 million in earnings. Lauryn Hill pleaded guilty last year to three counts of tax evasion. She was sentenced on Monday.Hill tried to explain to the judge that she had always meant to eventually pay the taxes but was unable to during a period of time when she dropped out of the music business.Lauryn Hill’s attorney said she paid more than $970,000 to satisfy the state and federal tax liabilities. TMZ also reported that the judge in the case told Hill that after her release she would spend another three months under house arrest followed by 9 months of supervised release.