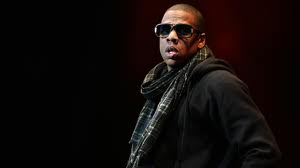 After performing at the University of Arizona a few days ago, Jay-Z sent an exclusive statement to Rap Radar. He seemed to have a revelation about what we consider Black and White music. Peep his statement below.”Last night I performed at the University of Arizona, I had a ball!! Through all the excitement and joking around (as well as the technical difficulties) I missed out on the opportunity to say something important..On the show as well were Third Eye Blind and Kelly Clarkson.. I thought that to be the oddest pairing EVER but, soon realized, it’s what I’ve always professed..There is NO such thing as BLACK music or WHITE music only GOOD or BAD music..It’s stupid cool to like things that are not like you, and that goes for outside of music.. If you’re an African American you can have a jewish friend. Wait, does Lyor having some Israeli mixed with his jewish count? (Sure they are paranoid but, so are black people after they’ve smoked weed, haaaaa, and plus the JEW fro and the BLUEprint fro are the SAME thing.)I think concerts like this should happen more often. ( Outside of the one or 2 festivals a year or “Zootopia”) I’m putting that into the universe..next up Taylor Swift and Uncle Murda!!Sorry I don’t “Tweet” (do I?) so this will have to do..Love.”What do you think of Hov’s statement? Let us know.