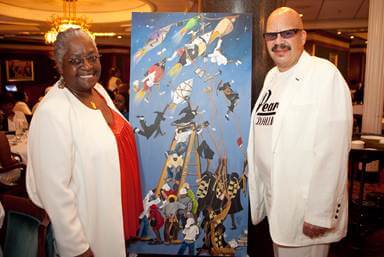 Internationally Acclaimed Artist Known for Her “Faceless Paintings” Portraying Culture and Emotion Passed Away(November 24, 2014 Henderson, NV) Internationally acclaimed artist, Annie Lee, known for her unique ability to celebrate African American culture passed away Monday, November 24th in Henderson, NV. She was 79 years old.Annie Lee had a very special gift. She let her artwork do the talking. She had the unique talent to paint a scene that captured people’s emotions. She lured you into her work with her wistful brushes of color. If her painting included people, you could hear them talking and laughing. If her painting had someone playing the harp or a saxophone, you could imagine the music. While Lee’s work featured African Americans, she really captured all Americans life from all angles. 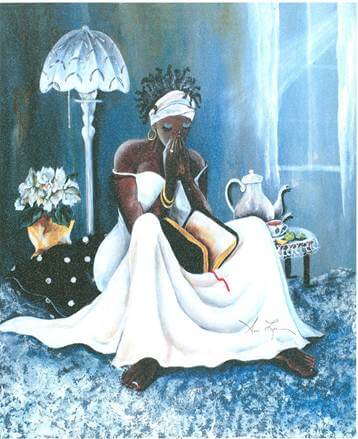 Annie Lee’s signature of was to show images devoid of faces. Her subject’s body language and setting expressed strong feelings in a unique way that moved her audience. Her most popular works included My Cup Runneth Over, Blue Monday and most recently a portrait of the first family titled Oval Office.Over the decade, Lee has been a huge supporter of the Tom Joyner Foundation. Without hesitation, she donated her time and artwork to help the Foundation raise money to help keep students at Historically Black Colleges and Universities. Her Higher Education: A Way to Soar painting celebrates the successes of the students at these HBCUs achieving great heights. Her White Night painting captures the elegance and whimsy of one of the theme nights on board the Fantastic Voyage, an annual weeklong cruise that is a huge fundraiser for the Foundation, where she was a regular exhibitor.Born in Gadsden, Ala., Annie Lee was raised in Chicago She began painting at age 10 in elementary school, where she won her first art contest and received a free semester of study at the Art Institute of Chicago. She continued honing her artistic skills resulting in a four-year scholarship to Northwestern University. Lee did not resume painting until she was 40 years old.By then, she had lost two husbands to cancer and raised a daughter from her first marriage and a son from her second. While working as the chief clerk at Northwestern Railroad, Annie studied art at night, eventually earning a master’s degree in Interdisciplinary Art from Loyola University.Lee worked during the day and painted at night. Painting became her refuge from the work that inspired one of her most famous paintings – Blue Monday. The painting depicts a woman struggling to pull herself out of bed on a Monday morning – a feeling Annie could relate to. Her dedication to her art proved successful when at her first gallery show in 1985 she sold all of her pieces within four hours. In fact, it was so successful that she allowed prints to be made from some of her originals to meet the demand for her work. However, Annie didn’t want to lose the security of her “day job” and continued to work for the railroadLater her painting My Cup Runneth Over became one of her most acclaimed storied pieces. Women of all cultures could relate to the story of a woman in a white dress sitting on a pillow next to a table with tea on it, and praying with an open bible in her lapHer dedication and work paid off, establishing her as an iconic, internationally renowned artist. 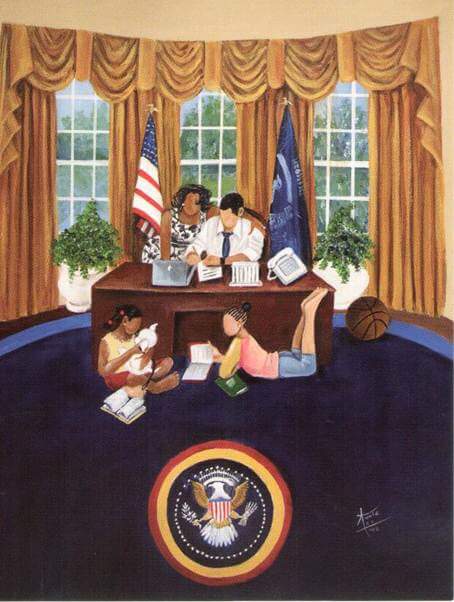 Annie Lee will be missed. Her work will live on forever. She is survived by her daughter Davina Joy, her son Charles and a host of grandchildren and great grandchildren.