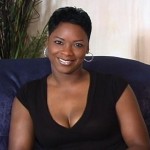 This is no laughing matter but one has to ask if it’s a joke? Ms Smiley has to have the record for the shortest PD term in the HISTORY of radio. If I’m wrong, do a comment at the bottom. When the story of her promotion to PD of Radio One’s WHTD… for some strange reason… I opted out of running it. Perhaps I just had too many other things on my mind but I had no idea what would happen next. This woman kept her PD gig for   two days (stop laughing).   That’s right, I said TWO DAYS (it was actually a few weeks but “Two Days” is a better punch line. Even a few weeks probably still breaks a record). Radio One could have at LEAST given the poor woman a WEEK… damn. Word is her and a male promotions director got into it at a Radio Station event and she went left. There were witnesses who took the Promotion Director’s side and Radio One changed their mind damn near faster than they made it. She’s out.