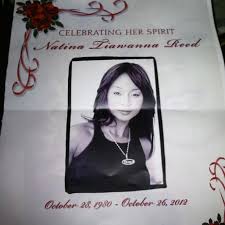 She was an American actress, rapper, singer, teen idol and songwriter in the R&B trio Blaque. On most of Blaque’s songs, Reed is featured as a rapper, except on “Mind of a King” where she sings the song entirely on her own. She is also known as Blaque’s rapper and similarity to her cousin Left Eye who also died in a car accident

Sources state she was hit by a car while crossing the street. Ironically, she was almost the same age as Left Eye who was also killed in a car accident. She had a 10-year-old son by rapper Kurupt and died a day before her 33rd birthday.