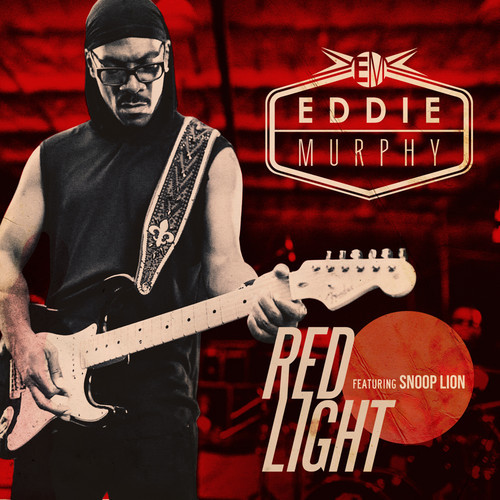 By Rebecca’Rain’ RodriguezEddie Murphy Releases ‘Red Light’ Ft. Snoop Lion and Announces New Album on TwitterComedian, actor and singer Eddie Murphy opened a Twitter account, released a new single and announced an upcoming album all in the time it took you to read this sentence. He is a man on a social media musical mission right now.Red Light featuring Snoop Lion is reggae song with some rebel flavor though the lyrics suggest that while the police and authority still hound the real rebels are gone:(Gone) Marcus Garvey, Montgomery, Martin(Gone) All the rebels are gone(Gone) We’ve lost our way(Gone)Darkness is the day(Gone) Most of the rebels are goneEddie has always had a passion for music and singing. He’s had some pretty catchy tunes with some big name singers like the infamous “Party All the Time” with Rick James and who can forget his duet with Michael Jackson, “Whatzupwitu”. He even scored an Oscar nomination in 2007 for playing a singer, James “Thunder” Early, in Dreamgirls.Despite that, his musical career has never been taken as seriously as his peer and fellow comedian Jamie Foxx. I’m not really sure if teaming up with Snoop Lion on a reggae song is the way to go for a serious nod but, the song is certainly catchy.The new album will simply be titled ‘9’. Whether it will be an all reggae album is still to be seen. In the meantime take a listen and share your thoughts.[soundcloud url=”https://api.soundcloud.com/tracks/107859217″ width=”100%” height=”166″ iframe=”true” /]The official video is set to be released on September 9th but, you can watch a performance of Eddie and Snoop recording the song here:Video