Dr. Roderick Little, director of Bands, and Monta Ellis, former guard for the Indiana Pacers, grew up in the same neighborhood set against the same backdrop of challenges. Their paths would take them on separate professional walks, but eventually double back. (Photo special to JSU)

The Sonic Boom of the South received a $60,000 donation from Monta Ellis, former NBA shooting guard, nicknamed the “Mississippi Bullet.”

A Jackson native, Ellis spent 12 seasons in the NBA, which included playing for the Milwaukee Bucks and Indiana Pacers.

“I am always overjoyed and humbled when anyone donates to our students and program. This particular donation is unique because Monta Ellis and I grew up together in the same neighborhood,” said Dr. Roderick Little, director of bands.

Together, the young men attended Lanier High School in Jackson. There, Ellis was named a McDonald’s All-American and first-team Parade All-American. Little was on his way to becoming one of the youngest band directors in JSU history.

In 2005,  Ellis was selected 40th overall NBA draft pick by the Golden State Warriors. As a rookie, he “wet up the court” well before the “Splash Brothers” dripped on the scene.

Little and Ellis walked different paths, both being equally fruitful. However, they could have easily had unfavorable outcomes.

“We attended the same secondary schools that centered on indigence,” said Little, also an assistant professor of music.

“One very fundamental fact that people may overlook is that stellar people come out of those environments and go on to be very successful outside and within their communities.”

Today, Little and Ellis still share a mutual love and respect for one another. Recently, the two reconnected through Ashley Robinson, vice president and director of Athletics.

During the conversation, Ellis expressed his support for his classmate and the Boom. He then followed his sentiments with a philanthropic gift.

“Anybody from Jackson can tell you what the Sonic Boom means to our city.  Growing up, kids either want to be a J-5 drum major or J-Sette. I believe in what Dr. Little is doing with the Boom, and I want to do whatever I can to keep making it stronger and give more students a chance to be part of that legacy and earn an education,” said Ellis, according to Sonic Boom media. 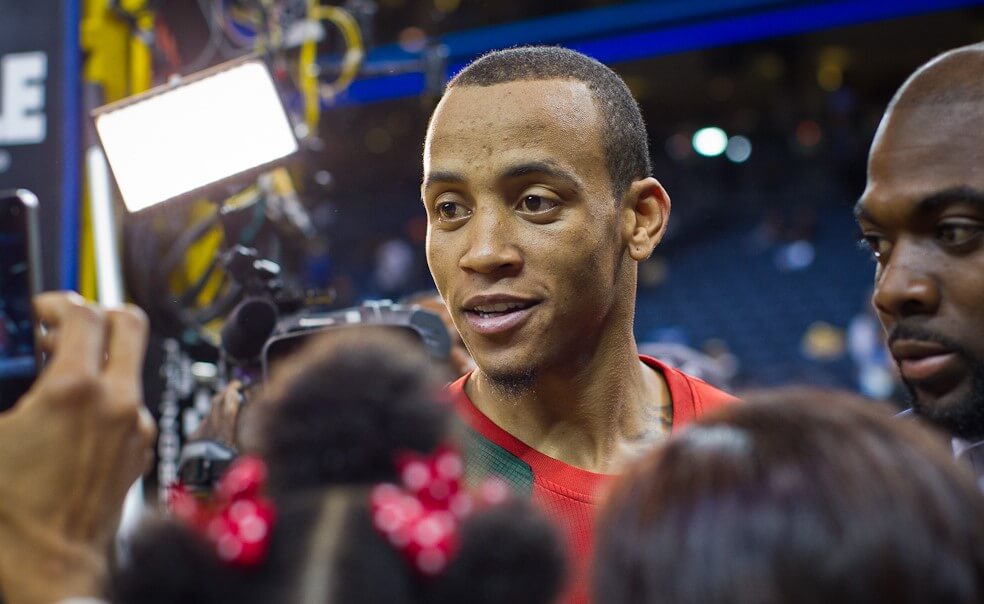 Monta Ellis, former NBA player, and Dr. Roderick Little, director of bands at JSU, grew up in the capitol city, The classmates recently reconnected and Ellis pledged his support of the band and Little, solidifying it with a $60, 000 gift. (Nicholas LA Photography)

Little shared that as youths they had dreams of transcending their surroundings through their talents. And it appears they have accomplished just that.

“Although he is an athlete and I’m a musician, we have our common connection of similar outcomes that we hope will be examples for the youth,” he said.

What is also important, noted Little, is that the NBA baller has not forgotten his roots.

“No matter where success may lead you, never forget where you came from and help others if you’re fortunate enough to do so.,” he said.

Show your love for the Boom and donate today.