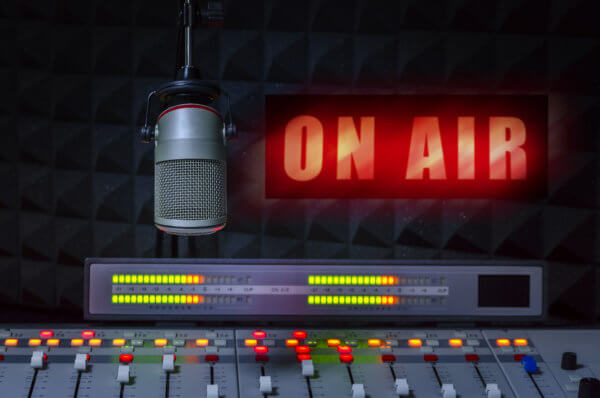 Put Some Respeck on my Radio Announcer Title!

Originally Posted May 17, 2016, at 20:54The past weekend, I was scrolling through Facebook and saw where a comedian Damon Williams stated that another comedian with a radio show is “an experienced broadcaster.” I’m not thinking Damon knew the impact of what he was saying or that he had the negative intention but he’s not the first to refer to non-radio pros in this way. As a radio pro, and a true “Experienced Broadcaster” I was insulted by that so I responded….Sorry Damon, no matter how many years you spend on the air, a comedian is never “an experienced broadcaster” he’s a comedian with a radio show. “An experienced broadcaster” has a true love for radio, starts in the trenches of radio as a career, pays dues and follows the protocol of a radio pro. He or she can work a board and do a show at the same time and can do any shift. THAT’s “an experienced broadcaster.” Do you think comedians who have radio shows are “experienced broadcasters?” Wouldn’t that be like calling a radio DJ a “Comedian?” just because he hosts a comedy show?To that end, I HAVE TO GIVE CREDIT to the comedians, singers and Gospel people who have come into the radio industry and who make more money doing it than many of us could ever dream of…Some of them are pretty good and some of them SUCK but seem to Make it Last Forever.  KUDOS. You came in with something none of us had, national leverage, even with waining careers, you had name recognition. There are not many places Radio DJs (Experienced Broadcasters) can go to work at that level once radio says goodbye to them.

While you are an ENTERTAINER with a radio show please respect our craft. Is that asking too much? That’s the LEAST that you can do while you spend the hundreds of thousands that rightfully belong to us.

I try my best to teach urban radio Radio DJs that WE have name recognition too if we are willing to work, doing something else, in the same market. Even today, many urban radio Radio DJs can’t get the break that many of you do except to work for you by producing and pushing all the buttons for your show. If I was a PD today, this would be unacceptable, you would have to work the board and be able to host the show with no help in the studio. Guess that’s why I’m not a PD today.While you are an ENTERTAINER with a radio show please respect our craft. Is that asking too much? That’s the LEAST that you can do while you spend the hundreds of thousands that rightfully belong to us. In all fairness, its not your fault. Here’s a brief urban radio history lesson for you. Radio consultants destroyed the urban radio Radio DJ several years ago before you came along because they didn’t want us to be stars. We were making too much money and we were too successful, we were on our way to being… well to being YOU so radio consultants convinced owners to strip us of our power and ability to connect with listeners. They wanted the RADIO station to be the star. Well obviously that didn’t work which is why YOU have a job today but for those of us who had to keep working in radio, it was too late, the consultants destroyed our chances for major success. Which is why I wear my “Just Kick a Radio Consultant’s Ass” T-shirt wherever I go. Most of them have died off but there are a few left. There are those of us who got around the consultants like Wendy Williams, Tom Joyner and Charlemagne and MOST New York Radio DJs but many of us got caught up in it.I can tell a great dirty joke and have the people in the room cracking up but I would never call myself a “Comedian” because of it. I haven’t paid the dues or been in the trenches, I have not EARNED that title. So please return the favor by not calling yourself “Experienced Broadcasters.”Allow me to state what an “Experienced Broadcaster” is:If I walk into a room with Wendy Williams, Doc Wynter, Tom Joyner and Colby Colb I am amongst industry brethren who speak a language that the average person would not understand unless they have traveled the same path. Steve Harvey would say “Wit CHALL Talkin’ Bot” if he was there. Do you see what I mean? We would all have war stories to tell about how we started in the industry as “Experienced Broadcasters” and we would all know that money or salvaging a crippled career was not a priority when we hit the airwaves, we were lucky to eat at all. We did it for the PASSION and the LOVE of radio at a very HIGH cost and risk in the beginning. BTW, I have the greatest respect for Harvey’s all around hustle and it’s evident that he used radio as a foundation to build his career but I see a LOT of comedians who want to get into the radio game to be like him. Trust me when I tell you, there are not enough spaces on the air to make that happen but I can see the attraction. Nevertheless, when you walk into an arena that belongs to someone else, know the truth and have respect for those who built the radio industry.

The list goes on and on but the MOST important part is… we are often under-appreciated, under-valued and under-paid but can’t be under-represented. WE HAVE PAID THE DUES and WE HAVE EARNED THE TITLE. WE are the “Experienced Broadcasters” with or without money, syndication or major success…YETCOMEDIAN WANDA SMITH RATHER HARSH ON ALCOHOLIC NEWS ANCHORAt the end of the day, most people probably don’t care but WE do. The title of Comedian, Singer or Church people belong to you, because you get to use radio to rebuild your presence as a comedian, Singer or Church person, that’s actually pretty brilliant and nobody can blame you for that but Radio is our CAREER, therefore the title “Experienced Broadcaster” belongs to those of us who actually are “Experienced Broadcasters.”

Why On Earth Are They Bringing Evidence Against The Man That Was Murdered. What About The Murderer?