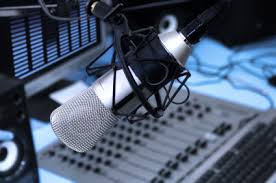 WASHINGTON – Representatives of local radio and television broadcasters expressed support for the Department of Justice’s (DOJ) proposed conclusions in its multi-year review of antitrust consent decrees regulating two of the nation’s largest music performing rights organizations in comments filed last week. The review concluded that no modifications were warranted to the decrees affecting the songwriter royalties collected by American Society of Composers, Authors and Publishers (ASCAP) and Broadcast Music, Inc. (BMI), and that ascap and BMI should continue to offer licenses that provide broadcasters and other users full rights to the musical works in those licensing organizations’ repertories. Under the current system, radio broadcasters pay $350 million, and local television broadcasters some $150 million, to songwriters and their music publishers every year.
Music industry interests have contended in recent public statements that the DOJ’s conclusions represent a radical departure from past practice that will disrupt the orderly licensing of music performance rights. Contrary to these claims, the broadcasters point out in their filing that their ascap and BMI licenses have conveyed the right to perform, without limitation, all of the works in those licensing organizations’ repertories for decades, in line with the similarly broad grants of license authority ascap and BMI have obtained from the owners of the musical works.
Broadcasters also pushed back on the music industry’s efforts to modify longstanding practice by permitting ascap and BMI to provide only partial copyright authorizations in the case of jointly owned works. Allowing this practice would be anticompetitive, would undermine the very rationale for ASCAP’s and BMI’s existence, and would significantly disrupt the day-to-day operations of local radio and television Radio Station s, the broadcasters said. Broadcasters would need to locate and secure licenses from countless other rights owners, an impossibly expensive and practically infeasible task that would expose them to potentially ruinous copyright infringement claims.
In their comments, the broadcasters concluded that, “there is no reason to anticipate the kind of license turmoil” predicted by the music industry in the future. Instead, local radio and television broadcasters remain prepared to carry on business as usual: negotiating and entering into the same forms of license arrangements they have always maintained, and providing fair compensation to music copyright owners.
“The Government’s conclusions reinforce our position that the current music performing righ