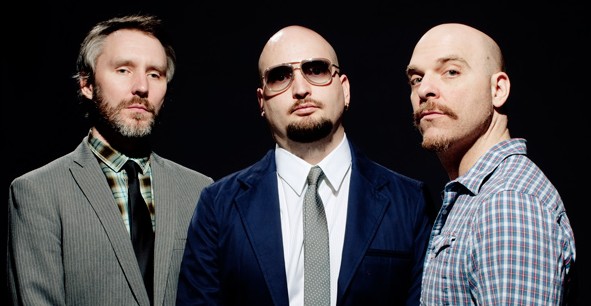 The Bad Plus has returned to Sony and signed a multi-album deal with Sony Music Masterworks. In April 2014, the label will release the band’s interpretation of Igor Stravinsky’s masterpiece The Rite of Spring. Their second album will come out on Sony Music Masterworks’ jazz imprint Okeh Records later in the year.For the past thirteen years The Bad Plus featuring bassist Reid Anderson, pianist Ethan Iverson and drummer David King, has broken down the walls of jazz convention and created an uncompromising body of work. Few jazz groups in recent memory have amassed as much acclaim as The Bad Plus, and few have inspired such controversy. Their belief in the band ethos and their personal brand of avant-garde populism has put them at the forefront of a new instrumental music movement, drawing audiences both mainstream and alternative. While the bulk of their output has been original compositions, they have also deconstructed songs in the pop, rock, country and classical music idioms.Co-commissioned by Duke University and Lincoln Center, the band debuted their unique version of “The Rite of Spring” in 2011—in a multi-media program entitled “On Sacred Ground: Stravinsky’s Rite of Spring”—and continued to tour it receiving critical acclaim at every stop along the way. The New York Times called their interpretation, “electrifying,” while the Boston Globe described it as “exhilarating…dramatic, dynamic.””The Bad Plus long ago transformed a seeming piano trio format into a vehicle for innovative individual and group expression. It’s a measure of their restless and determined creativity that their first two albums for Sony Music Masterworks will appear successively on the separate imprints Masterworks and OKeh, highlighting the fact that this group is beyond category,” says Chuck Mitchell, SVP of Sony Music Masterworks U.S.