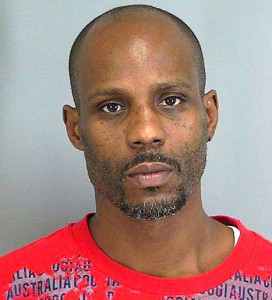 Earl Simmons, better known as DMX, was arrested in South Carolina last week for driving a 1978 Buick without a license. The 42 year old has faced charges for a similar offense in the past, as well as animal cruelty, reckless driving, drug possession, and identity falsification.The rapper found fame with his chart topping, Grammy nominated anthem “Party Up (Up In Here)” twelve years ago, as well as as an actor with fifteen film roles since 1998, including next year’s “The Expendables 3” starring Sylvester Stallone. He won an American Music Award in 2000 for Favorite Rap/Hip-Hop Artist.DMX describes being followed from a gas Radio Station by police around 1am. His 5 month old daughter was with him at the time. “They followed me around the corner, pulled me over… First of all, if you’re gonna do it, just pull me over at the gas Radio Station as soon as I got in the car. They didn’t do that. Followed me around the corner, pulled me over, no, I didn’t have a license, put the cuffs on me, brought me here, I paid money when I basically could have just paid money on the spot. It’s basically just five hours wasted for nothing. I don’t have a court date, I don’t have a court appearance,” he said.  Video: DMX Discusses Recent ArrestIn 2011, DMX spent seven months in an Arizona prison for parole violation on drug related charges including cocaine. The following month, he was arrested for speeding after being clocked at 102 miles per hour in a Phoenix suburb.Video: Party Up (Up In Here)

Digital and Radio FactsJanuary 5, 2021August 7, 2022
January 5, 2021August 7, 2022
FacebookTwitterInstagramYoutube
We use cookies on our website to give you the most relevant experience by remembering your preferences and repeat visits. By clicking “Accept”, you consent to the use of ALL the cookies.
Do not sell my personal information.
Cookie SettingsAccept
Manage consent