While this year’s Emmy Awards had a 33% increase in Black nominees, there were still many groups who were underrepresented or not recognized at all. To mark the importance of such recognition moving forward, ANA’s Alliance for Inclusive and Multicultural Marketing – AIMM – partnered with Billy Porter, Lin-Manuel Miranda, Daniel Dae Kim, Isis King, Jamie Chung and Nicole Scherzinger to create a PSA challenging the entertainment industry to increase diverse and accurate cultural representation in programming and advertising. An extension of AIMM’s #SeeALL movement, television viewers are being driven to participate through a dedicated social campaign. 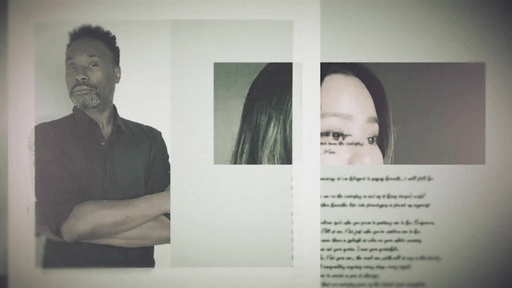 Aired during the “Countdown to the Emmys” preshow on ABC, the spot encourages the entertainment industry to unite in this fight for change. Its powerful message raises awareness for the importance of meaningful, holistic cultural representation, showcasing how diverse and multicultural actors and actresses are more than boxes to be checked on a casting sheet.

“The Emmys should be applauded for the record increase in Black nominees this year; but there’s more work to be done,” said Lisette Arsuaga, AIMM Co-Founder and Advisory Board Member. “That’s why we created the #SeeALL PSA to use our voice and influence in the industry to unite us all in this fight for change.”

The PSA, developed and produced by Walton Isaacson, opens with a montage of celebrity faces and the evocative statement, “We are here.” Throughout the spot, participants recognize the effort Hollywood has made, but challenge the entertainment industry to stand up against stereotypes by embracing authentic cultural representation and urging marketers and changemakers to #SeeALL.

Launched last year, AIMM’s #SeeALL is an industry-wide movement to drive increased accurate representation of multicultural and inclusive segments in ads and programming. By prioritizing the use of cultural insights in content, marketers can more authentically connect with consumers and thereby maximize the impact of their advertising campaigns to drive growth.

This has been proven by AIMM’s Cultural Insights Impact Measure (CIIM™), a proprietary algorithm that can quantitatively assess the impact of culture in advertising and programming, showcasing a direct correlation between holistic representation and positive business results.

“This is an important moment in time for us all to step up for equality through the accurate and representative portrayal of all humanity in advertising and media – so we can truly see all races, ethnicities, gender and gender identities, sexual orientations, abilities, ages and cultures,” said Marc Pritchard, ANA Chair, AIMM Advisory Board Member, and P&G Chief Brand Officer.

“ANA is proud to work alongside AIMM to bring diversity and fair representation to the forefront of the advertising and marketing industries’ dialogue,” said Bob Liodice, CEO, Association of National Advertisers. “We stand behind this critical mission to drive the industry forward in a way that makes long-term, actionable change.”

The campaign kicked off on Wednesday, September 16 with an open letter published in The Hollywood Reporter. Signed by dozens of influential members of the advertising/marketing industries, participants pledged that when investing media dollars in programs and networks, they will be committed to evaluating the diversity of race, identity, ability, culture and age of talent, as well as how these individuals are portrayed.

Beyond the PSA and letter, AIMM is taking over social media to ensure its message is heard. To join the campaign, individuals are asked to share a photo on social media – a close-up that allows the person to focus in on their unique identity and capture how they want to be seen. Participants should post an image of their face, framed with the palms of their hands, with #SeeALL written on one palm and the other palm reserved for a list of words or statistics that paint a true picture of who they are from a cultural or personal perspective. It should also be tagged @ANA_AIMM and can be shared with family and friends by tagging them and challenging them to do the same