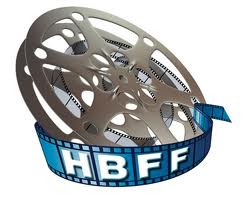 The Hollywood Black Film Festival (HBFF) and NASA's Goddard Space Flight Center's recently announced partnership has spawned its first initiative, PROJECT STARGAZER: Developing Diverse Sci-Fi Movies for the 21st Century. With a mission to encourage and support creative, multicultural works in the science fiction genre, PROJECT STARGAZER is a competition for screenwriters and filmmakers to create a sci-fi filmed entertainment project featuring NASA technology. It will provide writers and filmmakers from diverse communities with new resources to tell science fiction stories that capture science facts resulting from NASA science missions. The announcement was made by Tanya Kersey, Founder and Executive Director, HBFF.

The goal of PROJECT STARGAZER is to identify great science fiction story ideas and encourage emerging visionary screenwriting talent from diverse communities. The program seeks to identify strong and thoughtful stories that incorporate NASA science facts and technology; stories that force the viewer to question reality; that explore reality and our perception of it; and that challenge us with the mystery of the mind and the universe.

“We're looking for ideas and stories that can be developed into scripts, and ultimately films that captivate broad audiences as well as inspire future generations of STEM (Science, Technology, Engineering & Mathematics) enthusiasts,” says Ms. Kersey. “We want to nurture and celebrate the next generation of diverse sci-fi storytellers.”

“Projects may incorporate future settings, futuristic science and technology, space travel, aliens, paranormal abilities, infinity, immortality, what is human, time, space, consciousness, etc. It's up to you,” added Tony Chamblee, Program Director, PROJECT STARGAZER. You can find out about NASA technology at: or .

Anyone from first-time screenwriters and filmmakers to seasoned professionals can submit their story idea to PROJECT STARGAZER. Applicants must integrate at least one NASA technology into their submission. Submissions must include a logline, synopsis, treatment and an artistic statement describing your creative vision for the project. Submissions must also clearly feature one or more NASA technologies. The main characters should reflect the multi-cultural panorama of the 21st century. A panel of industry and NASA judges will score each submission based on originality, story idea, characters, tone, visual style, marketability, and use of NASA technology. Ten (10) semi-finalist Stargazers will be selected.

At HBFF 2013, the semi-finalist Stargazers will participate in an intensive workshop that includes individual one-on-one meetings and master classes with top industry writers, directors, producers and science/technology consultants to assist in the further development of the Stargazer projects. Each Stargazer will have the opportunity to pitch their projects to a panel of judges who will select three Stargazer finalists to participate in the 2014 PROJECT STARGAZER Lab. Finalists will be announced at the HBFF 2013 Closing Night Ceremony.

For complete details including submissions guidelines and entry dates for PROJECT STARGAZER, https://www.hbff.org/hbff-2013-project-stargazer-faqs/.

Editorial: “Karen” Fired from Job for Lying to Police About a...