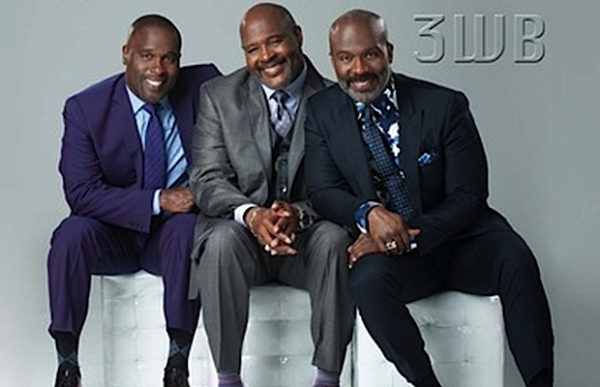 New gospel group 3 Winans Brothers, comprised of multiple Grammy Award winners and gospel legends BeBe, Marvin, and Carvin Winans, will release their debut album through BMG after signing a publishing and Artist Services deal with the international rights management company.3 Winans Brothers made their much-anticipated live debut at last year’s historic 50th Anniversary March on Washington ceremonies where they premiered their first single from their forthcoming album, ‘If God Be For Us.’ The album, Foreign Land, is set for release through BMG this spring. The group worked with acclaimed producers Rodney Jerkins and Bebe Winans’ long-time collaborator Daniel Weatherspoon. Both producers are known for their work in the Pop, R&B and Gospel arenas.The Winans family is among the most celebrated dynasties in American musical history as icons of gospel, soul, and R&B for more than three decades. They are known for their groundbreaking combination of traditional gospel with modern Black sound and style. All three brothers have been feted with industry awards and honors, including 17 Grammy Awards among them and multiple NAACP Image Awards, Stellar and Soul Train Awards, and more. Now, as 3 Winans Brothers, these artists come together as a trio for the first time ever to release new music.3 Winans Brothers chose BMG for its innovative Artist Services division, which offers full creative control with a partnership-based approach to releasing records. Artists and BMG jointly agree on every aspect of a release including budget, marketing and promotion. Unlike an increasing number of labels, BMG does not seek to share in live or merchandising revenues and artists potentially earn far more than is possible under a traditional record deal.Richard Blackstone, Executive VP, Creative & Business Development at BMG Chrysalis North America said: “The Winans’ impact on the history of gospel and R&B music is unquestionable, and the fact that Bebe, Marvin, and Carvin have come together, along with the remarkable producer, Rodney Jerkins to continue to shape its future is both inspired, and inspiring. I am thrilled that the brothers have chosen BMG to be the home for their recordings and publishing. We look forward to a long and successful relationship with these gifted artists.”Bebe Winans added, “My love for music and the ability to have creative input after the work in the studio is done is why my brothers and I are excited to partner with BMG.”Marvin Winans continued, “It’s a wonderful musical experience that the world should enjoy as my brothers and I allow a peek inside our close knit family.”Carvin Winans concluded, “After over 30 years in the music business, I never imagined I would be forming a new group. However, after being in the studio with my brothers working on this project, I feel the time is right. Together, we’ve created an amazing album with each of us bringing so much to the table. It’s a blessing to be back in the studio and I feel my vocals have gotten even better with time, to God be the glory. I have no doubt that our fans will be pleased and I am really looking forward to seeing all of them live very soon.”