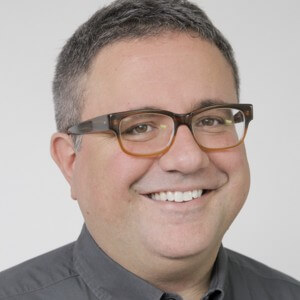 Leading digital music distribution and music publishing administration company TuneCore announced that music-industry veteran Joe Cuello has joined the company as Chief Creative Officer. In this newly-created role, Cuello will oversee the TuneCore brand and spearhead initiatives such as new partnerships and special events that will provide additional growth opportunities for musicians and songwriters who entrust the platform for their distribution and music publishing administration needs, while further elevating the company's position within the music industry.Cuello has over 20 years of experience driving opportunities for independent musicians. Most recently, he served as Senior Vice President Music Services at MTV, where he oversaw the incorporation of music within MTV's long-form programming. A long-time proponent of emerging and independent artists, he developed initiatives increasing their exposure to the network's audience. In the latter part of his 10-year tenure, he helped to launch Hype Music, a talent-incubator, hybrid music platform developed in partnership with Sony ATV that enabled MTV to serve as a promotional partner, advocate and distributor of albums and EPs for promising acts.Previously, Cuello served as music supervisor on numerous projects across MTV and VH1, including PIMP MY RIDE, MAKING THE BAND, NEWLYWEDS and BANDS REUNITED. He currently teaches courses on music supervision at Carnegie Mellon University as an Adjunct Professor in the Master of Entertainment Industry Management (MEIM) program.