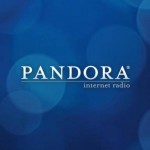 Pandora, the leading internet radio service, announced today new metrics that were reached in the month of July 2013.

Active listeners were 71.2 million at the end of July 2013, an increase of 30% from 54.9 million during the same time period last year.
Pandora is releasing key audience metrics on a monthly basis to provide the most current information regarding Pandora’s users and usage across platforms.