Then and Now: Former member of the Black Panther Party, Wayne Jenkins, will discuss racial and social justice with JSU students

Former Black Panther Party member Pastor Wayne Jenkins will speak to JSU students Tuesday, Oct. 20, about his fight for racial and social justice.The virtual Zoom presentation sponsored by Dr. Leneice T. Smith, associate professor of political science, will be from 6-8 p.m.Jenkins, 69, is not only a founding member of the Black Panther Party’s Seattle, Washington chapter, but he is also Smith’s father.“In the past, we’ve discussed his experiences, and I thought it would be great if students have an opportunity to hear from someone that was a part of something like that. At the time, my dad was a student himself. He was 17 or 18 when he joined the party,” says Smith.In 1966, the Black Panther Party, originally the Black Panther Party for Self Defense, was founded in Oakland, California, by college students Huey P. Newton and Bobby Seale. Characterized as an African-American revolutionary or political party, the Black Panthers aimed to protect Black residents from police brutality, among other objectives referenced in their 10-point plan. 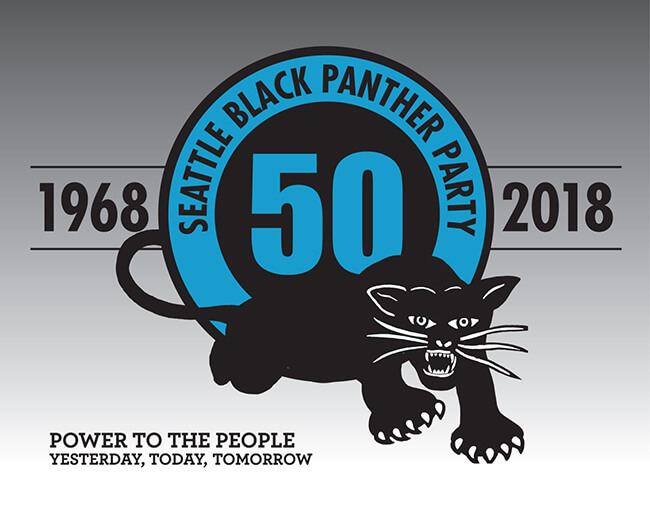 The Black Panther Party’s Seattle, Washington chapter, like all affiliated organizations, uses the widely-recognized black panther logo that denotes the “strength and dignity of black people,”

Still today, this ideology remains prevalent among calls from Black leadership amid a revolving door of police shootings of unarmed Black citizens throughout America, followed by mass peaceful protests, at times, punctuated with riots.“In my classes, we’ve been talking about the protests, and I’ve been talking to my dad, also. I’ve been getting his perspective based on what he’s done and how does today remind him of things that went on when he was in the party,” says Smith.Now, Jenkins is the pastor of New Hope Baptist Church in Pasco, Washington. He is also the chaplain at Kadlec Regional Center. Smith describes her father as a humble man with a subdued demeanor, which may explain her surprise when she discovered a photo of him at the Northwest African American Museum during a trip home to Seattle several years ago.“There was a Black Panther Party exhibit and I recognized him in a picture with other members, and they were holding rifles. I yelled out, ‘Oh my God, that’s my dad,’” she recalls, laughing.A museum administrator overheard the associate professor and wanted to know whom Smith was referencing.“I told her the man in the picture was my father Wayne Jenkins,” she says.Years later, Smith’s dad sent her the same photo, which she describes as “iconic.” And in many ways, one would have to agree. 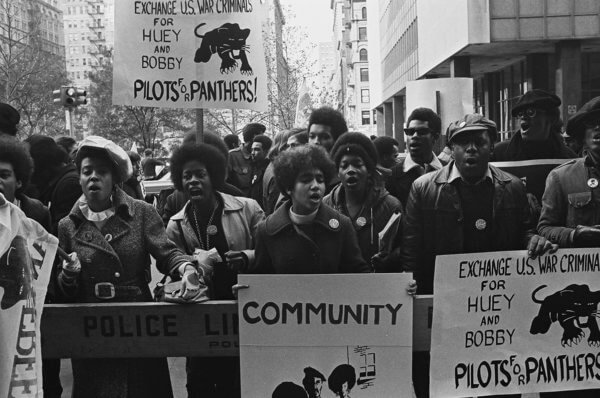 An unidentified man raises his fist in defiance at a protests against the incarceration of members of the Black Panthers, New York, New York, November 17, 1969. The protesters were demanding the release of 21 Black Panther members suspected of plotting various bombing incidents around the city. (Photo by David Fenton/Getty Images)

As a child, Smith says she would accompany her mother to Black Panther Party sponsored events. The organization hosted free sickle cell testing, free breakfasts and mobilization rallies to spur Black people into helping advance efforts to improve conditions for Black communities.Smith explains that she always desired to have her father serve as a speaker. However, scheduling conflicts and the pandemic impeded the process. Recently, Dr. Bessie House-Soremekun, interim chair of the Department of Political Science, asked Smith to implement some virtual webinars to engage students.The associate professor says she felt hosting her father was a good fit. Plus, the theme also aligned with her Black political thought graduate course, where the class discussions center on Black Power and the Black Lives Matter Movement.“I think it’s important for the continuity of history and oral history. My dad is a piece of living history and I didn’t think of it that way until just now. I want to share that with other people,” says Smith.Jenkins has dedicated his life to giving back through serving others. The pastor received his doctorate in theology from the A.L. Hardy Academy of Theology in Seattle. He attained a Bachelor of Arts degree in community health and chemical dependency from Central Washington University and completed clinical pastoral education at Chaplaincy Healthcare, Tri-Cities Washington, where he also serves as chaplin at Benton County Correctional Facility.Smith says her father jokes that he also earned a Ph.D. from the School of Hard Knocks, of which he said, “That one I really earned.”Helping others understand the fullness of the Black Panther Party is partly behind Smith‘s desire to do the virtual presentation. “Not that they were perfect; not that they were angelic, but he can humanize them and go beyond the mainstream narrative that’s been about them for all these years,” she says.The associate professor further adds that she hopes students will be informed and gain tactics and strategies that can be used today. She points out that, unfortunately, some of the same things the party demanded be resolved are still happening presently.While the term “radical” seems to imply a negative connotation for some, Smith explains that she hopes people are radicalized to think outside the box and be radicalized into action. “I think there are a lot of Black people today who are too passive. We accept a lot. That’s what’s been keeping us alive. But has it really been keeping us alive or deadening us over time?” she asks.Watch the event on Tuesday, Oct. 20, from 6-8 p.m. by clicking here.

Share
Facebook
Twitter
Pinterest
WhatsApp
Previous articleStephen A. calls out media members for ‘hating’ the LeBron-MJ GOAT debate: ‘It’s what we do!’ | KJZ
Next articleJay Williams sounds off on Vic Fangio’s comments about the coronavirus | KJZ