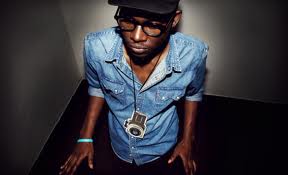 Following years of creating some of the most memorable and iconic images in advertising history, SKYY ® Vodka, the number-one selling domestic super-premium vodka in the U.S., announced today the launch of its advertising and social media campaign, titled “Be Part of the Art,” to support new SKYY Infusions ® Moscato Grape, the first-ever Moscato grape infused vodka available in the US.The SKYY Infusions Moscato Grape “Be Part of the Art” campaign begins today with television advertising and online activations which reflect multiple facets of modern hip-hop culture and nightlife. The cutting-edge television commercial features a collaboration between hip-hop artist, Theophilus London ; leading music video director, Anthony Mandler (who previously directed 16 of Rihanna’s career-making videos, as well as Jay-Z’s “Run This Town,” The Killer’s “When You Were Young,” and numerous commercials for brands including Nike, Samsung and Motorola); and award-winning artist, Kadir Nelson (American artist whose works have been exhibited in major national and international publications, art galleries, museums and on the cover of Michael Jackson’s album “MICHAEL”). The commercial was produced by Believe Media.In the visually stunning campaign director Mandler infuses Nelson’s iconic paintings into various “Versailles meets hip-hop” art gallery scenes. On cue, Theophilus London’s original music “I Stand Alone” sparks the paintings to come to life as party goers start an impromptu dance party while sipping delectable SKYY Infusions Moscato Grape cocktails.The brand rolls out their “Be Part of the Art” social media campaign in tandem, inviting fans to contribute to a Moscato Mosaic masterpiece. Consumer photos submitted via SKYY Vodka social media channels using the hashtag #BePartoftheArt will be added to a giant store-front canvas displayed in New York City. The canvas will quickly evolve into a one-of-a-kind piece of artwork as thousands of photos from around the world virtually fill the mural. The “BePartoftheArt” mosaic will also be featured on the brand’s Facebook page (www.facebook.com/skyyvodka).”The ‘Be Part of the Art’ campaign embodies the hip-hop music culture’s evolution as it moves away from the cognac and champagne-fueled days of excess towards a broader, all-encompassing influence on the trendsetters of today and tomorrow ““ what some are calling the ‘Moscato Movement’,” said Umberto Luchini, Head of Marketing, Campari America. “‘SKYY Infusions Moscato Grape’s new marketing platform encompasses every aspect of the ‘Moscato Movement,’ including art, music, design, fashion and a delectable cocktailing experience. Blending the remarkable works of Anthony Mandler, Kadir Nelson and Theophilus London helps us to ignite and inspire a thirst for not only the first-ever Moscato Grape infused vodka but also a thirst to be a part of a sexy, trend-forward, sophisticated world of art and nightlife.”The “Be Part of the Art” campaign will appear on national cable networks, including Bravo, ESPN, E! Network, BET, Oxygen, Style and FX among others. These spots will be accompanied by digital site takeovers, rich digital media, billboards, transit, and large-format wall installations in the U.S. rolling out throughout 2013. The advertising campaign was developed by Lambesis of La Jolla, CA.