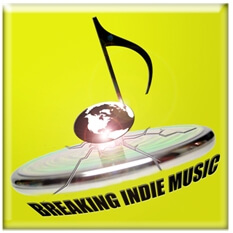 We were first introduced to BIM due to their upcoming Executive Suite series. What is BIM and the Executive Suite? BIM or Breaking Indie Music is essentially an online site that is a platform for music talent and a resource for executives looking for talent. They plan on hosting their first Executive Suite, which is an online demo listening session, beginning June 3rd with music industry veteran, Kevin Black, owner of U Can Fly.

Marci Kenon along with her business partner, Alicia Hollins, founded BIM on the strength of their collective entertainment backgrounds with the purpose of bringing independent artists closer into the mix of the music world where the decisions are made and the opportunities are rewarding.

We had the chance to talk to the exuberant CEO, Marci about BIM's mission, the Executive Suite series, and the business of music. Check out her RF Quick 5 Interview.

RADIO FACTS: How will the BIM Executive Series change the game?

MARCI KENON: The BIM Executive Suite Series will absolutely change the game for artists who have little to no access to key executive who are able to take their careers to the next level. It gives the executives a new source of talent and strengthens out ties with them for business beyond the Suite.

MARCI KENON: Being authentic! But also flexible. Allowing the flavor of all the music you appreciate to season your your flow, your tracks and your lyrical approach is the key. We were listening to a rapper out of Washington. It was clear he had a variety of influences. He told us he loves all types of music. That was reflected in his music which was far more interesting and marketable than the dozens of rappers emulating what’s happening now. Unfortunately, emulation is often the request of A&R reps.

RADIO FACTS: Where would you like to see the Executive Series a year from now?


MARCI KENON: The Executive Suite is one of many ways we interact with artists and execs. It’s a platform that allows Breaking Indie Music to stand out from all of the companies offering opportunities. Executive Suite will be more of a special event. We are having such success in arenas we thought would come much later that we’ve had to switch gears and redirect our energy. We are not complaining.
(CLICK NEXT FOR MORE OF THE INTERVIEW)

RADIO FACTS: In regard to the licensing aspect of BIM, will you be looking to sign artists to publishing deals at some point?

MARCI KENON: Down the road, we will be signing artists to label deals and songwriters to publishing deals. We’ll be hiring tech savvy people to put their two cents in the mix too steer the music industry where it needs to go-leading the way as opposed to following out of necessity…

RADIO FACTS: How do you see artist benefiting just from being a part of the BIM network even if they can't present their music to the Executive Suite?

MARCI KENON: At this stage, we have been very flexible with all artists reaching out via Twitter and other means. Very soon, we will only look to BIM members for projects. We are requiring that people interested in licensing join the network first. Members will get discounts and soon there will be opportunities exclusive to the BIM membership. Members will be the featured artists on the site and in our social media network. We also have compilation and live performance opportunities coming down the pike.

We are also going to introduce paid membership options at very reasonable rates for these enhanced services.

Déjà Vu: Redefining the Role of Women in Syndication