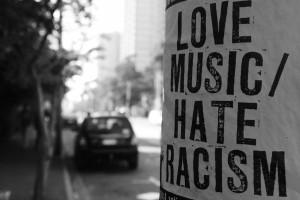 This past week, I sent out an email blast and one of the titles read: “Great News Rush Limbaugh and Sean Hannity dumped by Cumulus…” One of our readers who so happens to be a successful businessman in the industry contacted me immediately. His response caught me off guard. I’m so used to people in Black radio being terrified to respond to anything in an effort to stay off the corporate radar. But this was even more surprising, This was a successful white guy who began an exchange with me about why I didn’t care for Rush or Sean, I surmised that he would shut down once I brought up the issue of racism be he surprised me and proceeded to make his point. Things never got heated and I was grateful for the exchange because it is the first time I have ever had an actual conversation with a white person about race where they didn’t shut down. As stated, his first question after reading the title about Rush and Hannity being fired was “Why is that good news?”…kevRoss: For the people who don’t either one of them, it’s great news. White Guy: Based on their ratings and the money they bring in, it’s fairly obvious that they appeal to a lot of people. The number of people who “don’t like them” is pretty small. While you may be among them, it doesn’t make sense to me to wrap “news headlines” with your own personal feelings. If you cheer about shutting down anyone who simply exercises their freedom of speech, think about how you’d feel if it was your voice being silenced.KR: I’m black a lot more than my voice has been silenced. Now you are probably rolling your eyes up in your head. I understand that you may not know what racism is and I get that, if you have never experienced it it’s hard to imagine it. I wish people like you could be Black for one year just to get a clear picture of what it’s like, the opposition we face and the discrimination that we come across. Then you will see we don’t complain… ENOUGH. Rush is an angry white guy who wants to see HIS country continue to be controlled by people like him. This is why he hates President Obama so much. BTW, there are a LOT of people that dislike him I would venture to say as many as there are that like him. He CONSTANTLY wraps his “headlines” with disdain for others (especially minorities and people who are not Republicans or conservatives) everyday. There is a difference between free speech and Hate speech. Ask Sandra Fluke.WG: I think you’re very wrong about Rush and Republicans in general. Rush doesn’t dislike the President. He dislikes his policies. So do I. That has absolutely nothing to do with race, except I don’t approve of the way President Obama uses race to divide our country. That is really racist.KR: And here is where the problem lies. the way Rush, Beck, Republicans in the house, the Tea Party and Conservatives treated president Obama during his first term was a absolute disgrace. It was extreme racism … It was about HIM first THEN his (click “Next” above or below to see more)policies. This country was divided WAY before President Obama took office… Are you denying that racism exists? 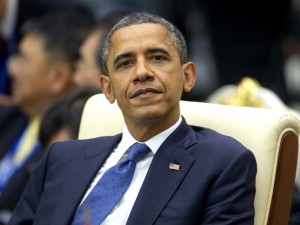 WG: Racism is back. We almost got rid of it. But it’s just too useful for stirring up emotions. Those who do this aren’t racist.  They’re just power hungry. Racial tension is a source of power these days. You’re right that the criticism of President Obama started almost immediately after he won the first election. I didn’t see that as racist, however, any more than the hatred of George W Bush that began immediately after his first election was racist. It was about radically different views, not different skin color. Might I suggest that you’re seeing racism because you’re expecting to find it, looking for it, being told that its there, or some combination of the three. I would enjoy digging into the issues with you in an honest and unemotional attempt to find common ground. I suspect that on the vast majority of issues we are very close together. You might try listening to an entire Rush show and see if you can find any actual examples of racism. I’ll bet you can’t. I can’t. That is, unless you automatically equate disagreement between a white and black man as being somehow racist. I don’t. I’m above that crap.KR: I think we would be hard-pressed to find many people who would say Bush was a great president. If you get a chance please read The Dark Side by Jane Mayer. It offers a great perspective into Bush’s administration and how he repeatedly made (or didn’t make) decisions that cost millions of dollars and thousands of lives. President Obama came into office with a HUGE mess to clean up and people like Rush didn’t even give him a chance. Obama was destined to spend his entire first term and part of his second cleaning up the HUGE mess Bush left behind and people like Rush, Bill O’Reilly and Beck were very critical of his every move and were consistently making a concerted effort for Obama to fail and not to get a second term. In addition, they were using it as a way to drive bigger audiences to their shows and it was completely unfair. I don’t

think Racism is back I don’t think it ever left and I don’t think we will ever get rid of it because it’s so engrained in American culture even foreigners admit they see it when they come here too. Our jail system is a great example. It has an (click “Next” above or below to see more)extreme disproportionate number of blacks (men especially) in jail which exploded with Reagan’s “War on Drugs.” They were two people completely disconnected from poverty and the black community and used it for political gain. That was a horrible policy because there was never a war on drugs there was a war on the black people who used them and our prison system verifies that. People on drugs are not criminals, they’re addicts.I never “look” for racism trust me, I try to avoid it at all costs and I like to give people the benefit of the doubt. I was in shock for YEARS that President Obama even won the first election but I also realized 50% of the country, both times, did NOT vote for him and they were pissed off and they let it be known (Tea Party, Republicans, Conservatives, Talk show hosts). I’ve been working in the industry for almost 30 years and I will tell you, racism is everywhere whether you look for it or not. I have to give you a lot of credit and say we do have something in common just by you having a conversation about it. In my experience, most white people shut down when a black person brings up racism and they don’t want to talk about it. That is probably why we have such discourse when it comes to racism. Perhaps it finally time to confront it head on. 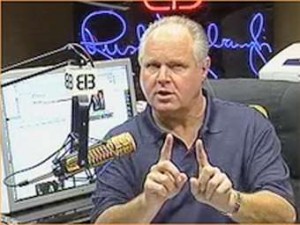 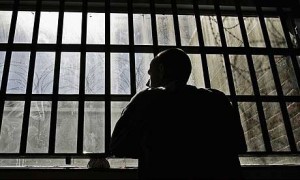 Back by Popular Demand: GirlTrek’s #BlackHistoryBootCamp Returns for Second Installment on August 3rd