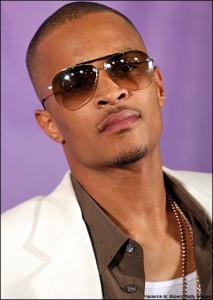 T.I., arrested on drug possession last month in Los Angeles, is now headed back to jail.   A federal judge today sentenced the Grammy-winning hip-hop star to an 11-month prison sentence in Atlanta today. The arrest was a violation of T.I.'s parole; he was previously arrested in 2007 for trying to purchase illegal firearms and served jail time. The news comes at a bad time career-wise for the rapper. He had been working on a much-anticipated album called “King Uncaged” and recently scored a hit with the film “Takers,” which he starred in and produced.

DJ Kast One & Shani Kulture Go Back & Forth Following...

Black Women Speak Out After Announcement Of No Charges For Officers...

DJ Kast One & Shani Kulture Go Back & Forth Following...