With a Grammy nomination for Best Traditional R&B Performance for “Wrong Side Of A Love Song,” the already Grammy Award winning singer, Melanie Fiona is living “The MF Life” to the fullest. The canadian born R&B vocalist is talented as they come and she is absolutely honored and feels blessed that she gets to share those gifts with the world. Volume 32 had a chance to talk to Ms. Fiona about winning a Grammy, her journey as an artist, life imitating art, and we got her to make a few “ratchet confessions”as she calls them. 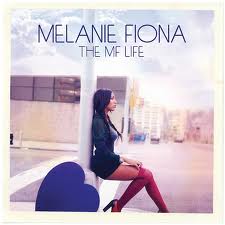 Volume 32 : Your current album entitled “The MF Life” has brought you another Grammy nomination and has led you around the world. After all the Grammy’s, awards, shows, accolades what is the one thing that remains constant in Melanie Fiona’s life?Melanie Fiona:My passion for what I do stays constant. I absolutely love what I do and I feel very blessed that I get to do what I love to do and share it with the world. No matter what is going on around me the passion never goes away and I only want to improve on what I do. I love being able to travel and connect with people and share my gift with them. This is an amazing experience and I never want to take it for granted. My love for my family and their love for me also remains constant in my life and I definitely appreciate them for (For More of the MF Life Click “Next”) believing in me which allowed me go after this opportunity I have been given. I just really love creating, performing and writing music and I will always do that no matter what. 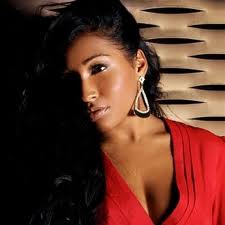 Volume 32 :  In a past interview you once said that you wrote about all the hardships of relationships while you were in a happy relationship and that relationship ended up mimicking the songs you wrote. Do you think that was life imititaing art? Or deep down inside you knew it wouldn’t last?Melanie Fiona: That is very true. I was in a relationship and everything seemed to be going well. I wrote all of these songs at the time about the pain, struggle, and the hardships of relationships because as an artist, you try to pull that creativity from inside and from situations you have experienced or heard about and maybe other people have gone through. People really connected with those songs because heartbreak is common. It’s funny though because once I wrote about those situations and emotions, they started playing out in my own relationship.  I think as people we can see the signs leading up to those moments but sometimes we ignore them and deep down inside we sometimes know that our situation isn’t perfect but I can honestly say, at the time I didn’t see it coming. Life can often imitate art but (For More of the MF Life Click “Next”) at the same time, there is that inner voice in all of us that speaks to us when we don’t always see the situation as it really is. 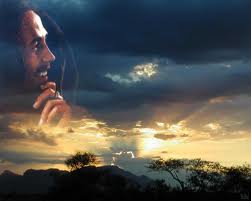 Volume 32 :  You are a huge Bob Marley fan and I read on your twitter account that once you saw the Marley Documentary, it changed your life. What was it about Bob Marley and the film that changed you?Melanie Fiona: I love Bob Marley and his music but Bob Marley was bigger than music! He was a true inspiration as he spoke about politics, changing the word with love, and he was such a spiritual man. He lived a life of purpose and that is something I strive to do. He changed peoples lives through music, compassion, and standing up for what he believed in. I always believed in living a life with purpose but listening to Bob Marley and now seeing that film it really made me see what true purpose is. That is why I love him as an artist and a person because his passion and focus went (For More of the MF Life Click “Next”) way beyond music. He is a true symbol of hope, inspiration, wisdom, and I just hope that I could be just as brilliant as we was. 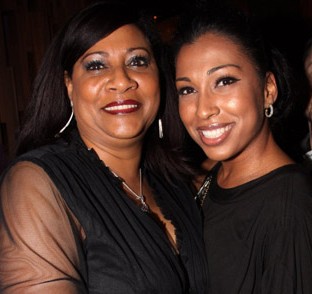 Volume 32 : Speaking of people that have impacted your life, who is the one person you have met thus far that had you star struck?Melanie Fiona: Ok, I have to keep it real with you. I  love Stevie Wonder and he was an absolutely amazing person whenI met him and he is kind of like a mentor for me now but when I met Phylicia Rashad I lost it! Let me tell you why. When I was growing up everybody said my mom looked just like Phylicia Rashad even to the point that they called me Rudy or my friends would say I was the sixth Cosby kid.  So I was on an early morning flight to Virginia and when I got off the plane, Phylicia Rashad was waiting to get on the plane. I saw her and I went crazy. I know she had to think I was on drugs or something. I told her that my mom looked just like her and that I was a singer and I loved her. I also told her my mom was no joke just like she was on the show. I mean I lost it when I saw her. I was walking and stopped dead in my tracks. I was so excited, I had to (For More of the MF Life Click “Next”) call my mom and I said, “Mom! I met you in the airport.” She said, “Really! So you met Phylicia Rashad.” That was such a great experience for me and she was so nice. 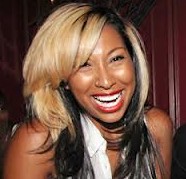 Volume 32 :  I also read on your twitter that you only like to listen to A$AP Rocky’s song “F’ing Problems” when its not on the radio because you needed the full vulgarity. You called this one of your “Ratchet Confessions.” So, Ms. Fiona what is another “Ratchet Confession” you would like to share with us?Melanie Fiona: (LOL) Yeah that’s true too. Ok, so I was a basketball game recently and they played “Blow the Whistle” by Too Short and that is my favorite song. I went so crazy when they played it!  I’m sure people had to be looking at me like I was crazy.  Let me tell you, I love that song and (For More of the MF Life Click “Next”) I don’t care where I am, car, store, or whatever if it come on, I lose it! Even if I was in church and that came on, I would probably go crazy. 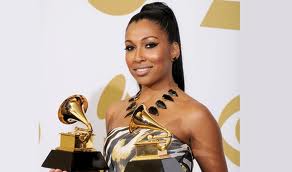 Volume 32 : Melanie, is this Grammy nomination different from the first time you were nominated and if so why?Melanie Fiona: Both are very humbling experiences because their are amazing artists that have done incredible music for years and never get nominated but this time is different. Again, it is very humbling and very rewarding at the same time that people in the industry think you deserve the nomination. This song, “The Wrong Side of a Love Song” in particular is special to me because it is a song I fought for. I knew this song was special and I wanted to get it to the people. My team believed in this song as well and they fought for it.  There is so much amazing music that never gets heard and we felt that this song needed to be heard and look where it ended up. Its such a good feeling to know that something we fought for is now nominated and most importantly that people connected with the song. I always felt like my story  was “The Little Engine That Could” because somehow I was always able to pull through just like so many other artists, we pull through. I’m so thankful and grateful for this experience and again, I love that I get to do what I love and share it with real people. (For Some Extras About the MF Life Click “Next”) JUST IN CASE YOU DID’NT KNOW… 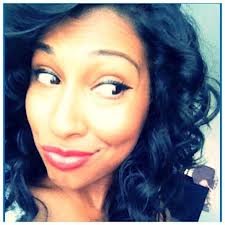 Melanie Fiona claims to be an amazing jump rope artist. I’m talking double dutch, combinations, tricks, and the whole nine. I definitely believe her because he said it with such conviction and look how talented she is as an artist.Melanie Fiona also used to be in a group with Drake called, The Renaissance. When I asked her if there was a chance she said, they would get back together as a group, as she laughed out loud, she said,”I got nothing but love for Drake and I’m happy for him because he is a good person but I don’t think the group will ever get back together. The Renaissance will rise separately.”