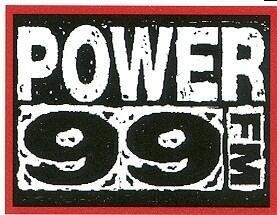 Power 99 fm Debuts “The Circle” With ““ ” Why Can't A Successful Black Woman Find A Man?”The First in a Series of Forums U-Streamed Live from the Power 99 fm Performance Studio“Why Can't a Successful Black Woman find a Man?”   This provocative question kicks off Power 99 fm's “The Circle”-  the first in a series of forums u-streamed live on the web from the Power 99 fm Performance Studio.  Power 99 fm's Shamara  and Loraine Ballard Morrill will host a panel of experts who examine  the issue on Thursday June 3, 2010 from 6:00 -7:30 pm.  Panelists include relationships expert Michael Robinson, Associate Minister of Family Ministries Bible Way Baptist Church; Cheryl Ann Wadlington CEO, Evoluer Image Consultants LLC,  and a leading consultant in the field of personal growth; Solomon Jones,  Essence bestselling author and columnist for the Philadelphia Daily News and Daily News journalist and pop culture critic Jenice Armstrong.Black Women  have made tremendous strides academically and professionally.  Yet a recent edition of ABC's Nightline  quoted a Yale study which found that 42 percent of African-American women have not yet married compared to only 23 percent of white women.   In addition ““ the last Census counted 1.8 million more African-American women than black men.   Joining the live studio audience ““ online viewers will be able to  add their two cents to the lively conversation via Facebook, Twitter and Skype.   For more information go to www.power99.com. You can follow Power 99 fm on Twitter at https://twitter.com/Power99Philly and Facebook at https://www.facebook.com/Power99Philly.Panelists:Michael Robinson is the Associate Minister of Family Ministries Bible Way Baptist Church.   Reverend Robinson is an accomplished Christian Relationships Counselor, a well known national motivational speaker and a correspondent for the Philadelphia Tribune Newspaper.  Robinson attended Clarion University, where he graduated with a B.S. Degree. Robinson then continued his passion for education at Philadelphia Biblical University  where he received  his M.S. Degree in Counseling in 2003. Michael Robinson is currently an adjunct professor at Eastern University.Cheryl Ann Wadlington Lauded as one of the nation's premiere fashion and beauty journalists, Wadlington is a leading consultant in the field of personal growth. As an accomplished writer, popular television personality and sought-after motivational speaker, she has reached millions of people with her advice and perspective. Wadlington is a co-author and contributing editor of “SoulStyle: Black Women Redefining the Color of Fashion”, an accredited member of the fashion press corps for New York City's annual “Mercedes Benz Fashion Week” industry festivities, she has also served as a contributing writer to Essence, Savoy, Black Enterprise, Heart & Soul, BET Weekend, London-based New Generation (NG), The Philadelphia Daily News, BET.com, and as a fashion & beauty editor for BridesNoir magazine.Solomon Jones is an Essence bestselling author whose novels include Payback, C.R.E.A.M., Ride Or Die, The Bridge, and Pipe Dream. He was recently signed to a development deal by NBC, and is a highly sought-after public speaker. An adjunct professor at Temple University's College of Liberal Arts, Jones is an award-winning columnist for the Philadelphia Daily News, and has been published in Newsday, the Philadelphia Inquirer, Philadelphia magazine, and the Philadelphia Weekly. He serves on the advisory board of The Doe Fund, lives in Philadelphia with his wife and children, and serves as Community Outreach Director for U.S. Congressman Chaka Fattah. His next novel will be published in November by St. Martin's Press.Jenice Armstrong puts her saucy spin on national and local topics du jour three days a week – Tuesdays, Wednesdays and Thursdays. A pop culture critic, she also writes about local and national news as well as social trends. It was while researching a column on Internet dating that she met the man she wound up marrying. Armstrong, who worked at The Associated Press and the Washington Post before joining the Daily News as a business reporter, appears frequently on area TV and radio programs. When Armstrong's not working, she jogs, studies martial arts and spends way too time watching  the E! Channel.

Should Nick Foles replace Mitchell Trubisky for good? Will the Falcons...