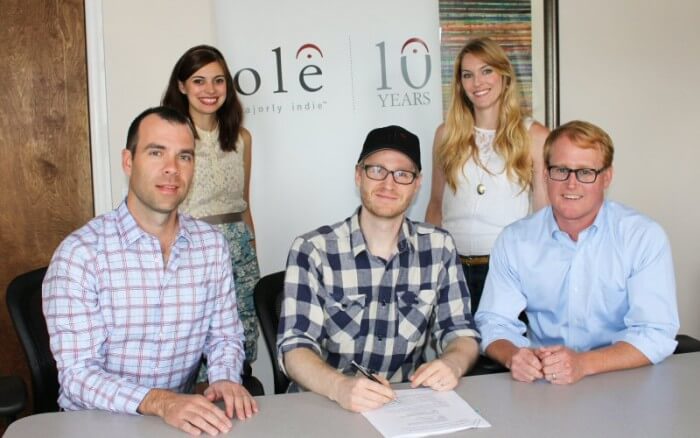 Hassahn
ole, the world’s fastest-growing independent rights management company, has signed a deal to add rising songwriter/producer Jason Massey to its rapidly expanding roster. Massey has written songs with Sony Music Entertainment recording artist Ryan Griffin as well as Black River Entertainment artists John King and Kelsea Ballerini, who he is also co-producing.“Jason is a prolific writer who should be, and will be, making records on a major scale within the year,” said John Ozier, ole’s General Manager of Creative in Nashville. “Jason is a great addition to ole’s Nashville roster, and we are proud to represent him.”“I’m thrilled to be joining the ole community,” said Massey. “It’s inspiring to be part of such a talented roster and a creative team that is innovative and incredibly hard working. We are jumping right into some exciting projects, and it’s only the very beginning.”Massey joins a growing stable of talent at ole that also includes seminal prog-rock band Rush, hip-hop and R& B hitmaker Timbaland, Aerosmith frontman Steven Tyler, and up-and-coming country artists Tyler Farr, Josh Dorr, Sam Grow, and Jesse Rice, among many others.