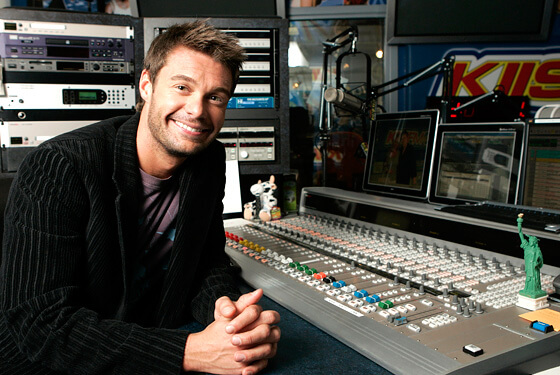 LOS ANGELES, August 12, 2015 – For the first time in five years, listeners nationwide get to vote for their favorite radio personalities in two categories to be inducted into the National Radio Hall of Fame on Nov. 5, 2015. The nominees for Music Format On-Air Personality are: Delilah, Elvis Duran, Steve Harvey, and Ryan Seacrest. For Spoken Word On-Air Personality, the nominees are Sean Hannity, Clark Howard, Jim Rome, and Dr. Laura Schlessinger. Starting today through Aug. 26, fans can text 36500 with their one vote for each Hall of Fame category accordingly: Message and data rates may apply.

Chairman of the National Radio Hall of Fame Kraig T. Kitchin comments, “These eight personalities are beloved by their listeners. Giving the audience an opportunity to participate in the process of acknowledging their favorite hosts for their contributions over the years just makes sense.” Winners chosen by listeners as Inductees will be announced Aug. 31. Listeners needing more information can visit the host’s Twitter feed, Facebook page, or website, or the National Radio Hall of Fame website: www.radiohof.org. In addition to the two listener-voting categories, there are four categories being voted on by a panel comprised of 400 industry professionals. For a list of those nominees: www.radiohof.org. The induction ceremony takes place Nov. 5 at the home of the National Radio Hall of Fame – the Museum of Broadcast and Communications in downtown Chicago. About the National Radio Hall of Fame and Museum of Broadcast Communications The institution collects, preserves, and presents historic and contemporary radio and television content as well as educate, inform, and entertain the public through its archives, public programs, screenings, exhibits, publications and online access to its resources. The museum is located at 360 North State Street in downtown Chicago and was founded in 1983 by Bruce DuMont.