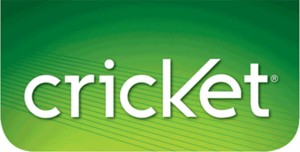 Cricket Communications, Inc. today announced that Jeff Toig, senior vice president of Leap's subsidiary Muve Music, will speak at the New Music Seminar taking place at the New Yorker Hotel in New York. Toig is scheduled to appear as part of a panel discussion beginning at 10:30 a.m. EDT on Tuesday, June 11, 2013.The panel's appearance is entitled ‘Building the $100 Billion Music Business: Monetizing Music in the New Era' and is to be moderated by Ralph Simon, CEO & Founder, Mobilum Global/Founder, Mobile Entertainment Forum Mobile ““ Americas. Joining Toig on the panel will be representatives from other music services in a wide-ranging discussion of subscription music services.Throughout the three-day conference, over 150 of the most important leaders in music and entertainment will convene to share, discuss and cultivate innovative ideas and partnerships for the music industry. Toig was recently named to Billboard's 2013 Power 100 list as one of the most influential people in the music industry.Since its commercial launch in January 2011, Muve Music has become one of the fastest-growing and leading on-demand digital music services in the United States. Cricket Wireless, Leap's carrier subsidiary, responded to its customers' passion for music by including Muve Music in every Android smartphone rate plan and created a product that differentiates Cricket in the marketplace. This approach has increased loyalty because music is very important to Cricket customers and they have deep engagement with the Muve Music Service. There are now more than 1.5 million Cricket customers with a Muve Music rate plan.The Company recently announced that Muve is now being offered to customers of TIM Brazil, one of Brazil's largest mobile carriers, marking Muve Music's first international customer.

Tori Alamaze on Kelis, The Music Industry and New Project

TikTok is a Powerful Music Game-changer, and the Industry is Hustling to Keep Up