A few months back, model Dani Mathers, a 2015 Playmate of the Year and radio contributor to KLOS in Los Angeles, thought it would be a great idea to take a picture of a nude 70-year-old woman in the locker room at a local LA fitness club. She claimed she was under the impression that she was sending the picture, where she was “body shaming,” the unsuspecting senior to a friend, with the caption”If I can't unsee this neither can you” while she was holding her hand over her mouth laughing but instead (she states) that she mistakenly sent it to all of her followers on Snapchat and claims she's not the type to”body shame” anyone (at least not to more than one person – duh).Matters, 29, is facing charges for criminal invasion of privacy, Los Angeles city attorney Mike Feuer said: “Body shaming is humiliating with often painful long-term consequences. It mocks and stigmatizes it's victims, tearing down self-respect and perpetuating the harmful idea that our unique physical appearances should be compared to airbrushed notions of ‘perfect.' And we shouldn't tolerate that.”Mathers has been banned from LA Fitness and was fired from KLOS. She is scheduled to be arraigned on November 28 and if convicted she couldn't face six months in jail and a $1000 fine. (of course, the hungry women in jail are hoping for a conviction)

Will Packer & Felischa Marye Talk Relationships And Searching For Something...

Wife Stabs Husband After Mistaking Her Own Explicit Photos For Another... 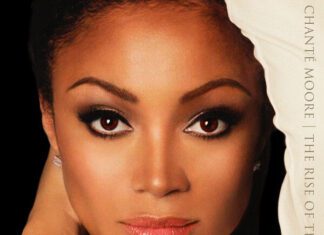