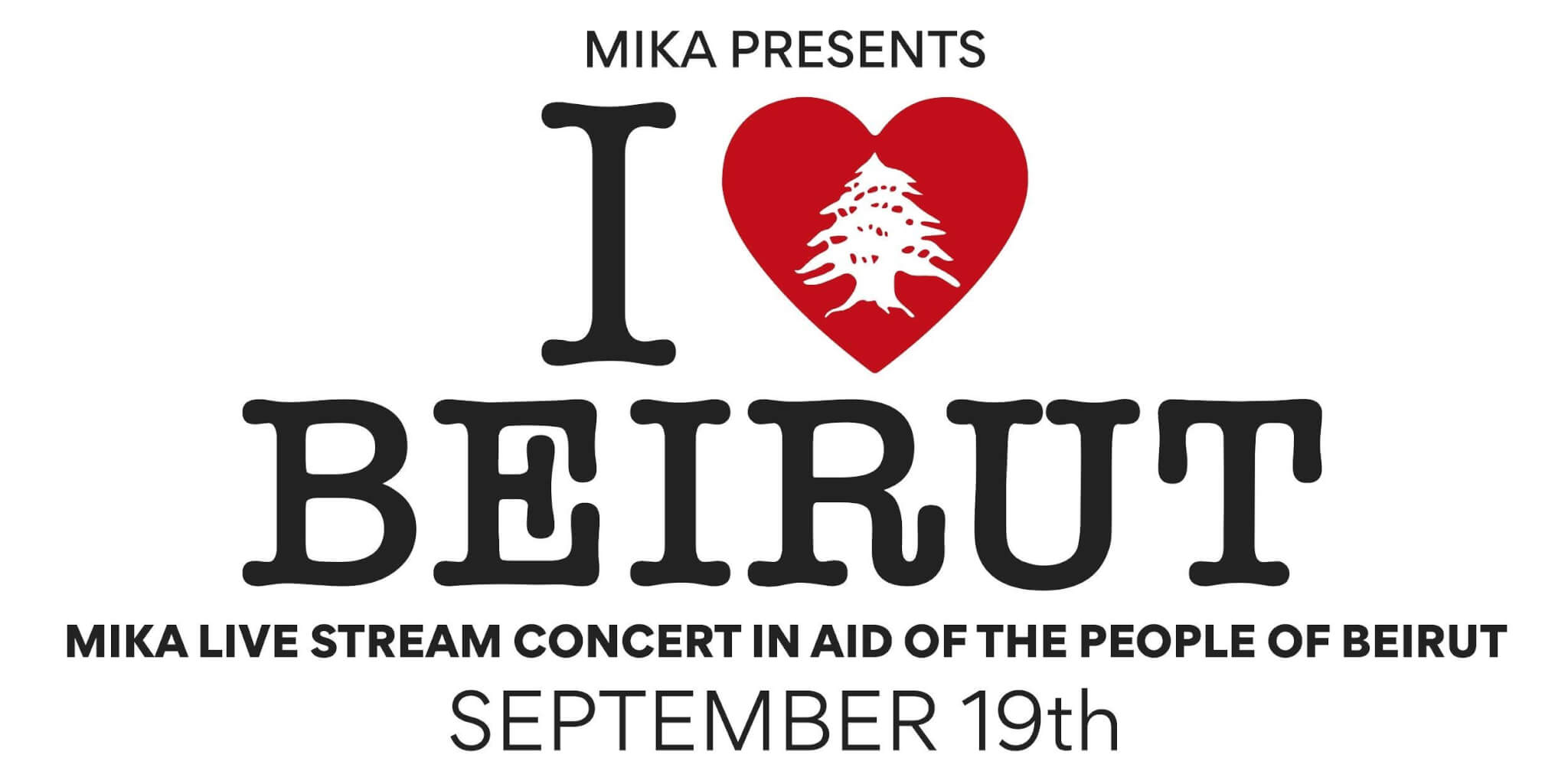 Mika ‘I ❤️ Beirut’ concert raises over €1m for people of Lebanon

Mika today announces his ‘I ❤️ Beirut’ benefit concert has raised €1m euros, from ticket sales, sponsors and members of the public donating via GoFundMe. The money will be split between the Lebanese Red Cross and Save the Children.

Key figures and background
120 countries: who bought tickets for the ‘I ❤️ Beirut’
48 countries: where different people donated to the GoFundMe from including Japan and Colombia
The concert was live streamed across four time zones on 19 September from Mika’s YouTube channel..
‘I ❤️ Beirut’ was announced by Beirut born singer Mika last month, in the wake of the explosion in his home city on 4 August.

Met by critical acclaim, the show is also being purchased by major network TV stations around the world, including in France, Italy and Canada. It was also a telecom first in France, with every single network provider offering the concert on Pay Per View with all funds reversed to the charities.

Speaking on a video call with Georges Kettaneh, the Secretary General of the Lebanese Red Cross and Kevin Watkins, CEO of Save the Children UK, Mika said:
“It is our pleasure today to tell you that ‘I Love Beirut’ has so far raised after costs 1 million euros, which will be split between The Red Cross and Save the Children, for Lebanon.

“We wanted to announce this amount together, and to thank you all – everyone around the world who bought a ticket to the stream, donated to GoFundMe and our sponsors for helping us to raise such an amazing amount of money.

“I also wanted to say how amazing this statement of solidarity for the situation in Beirut has been, with tickets for the stream selling to over 120 different countries around the world.

“This has been a project that was born out of and made possible by love, and a huge amount of collaboration with friends and many new friends made in the process.”

Georges Kettaneh said : “We are extremely grateful for this generous support and for the solidarity that has been expressed. These funds will help the Lebanese Red Cross to continue to support Beirut at this time of great need. The people of Beirut face a long road to recovery, with this generosity and the continued support we have received from around the globe, we can continue to stand alongside them for as long we are needed.”

Kevin Watkins, CEO of Save the Children UK said: “Save the Children is working around the clock to provide vital support to children and families in Lebanon whose lives have been devastated by the explosion in Beirut. “A heartfelt thank you to everyone who has come together to raise this incredible total. All donations will be going towards our emergency response efforts in Lebanon, which include weather proofing damaged homes, supporting vulnerable and displaced families with food and cash grants, and providing ongoing psychological support for children and families.”

Donations were made at: gofundme.com/ilovebeirut and the campaign is still running.