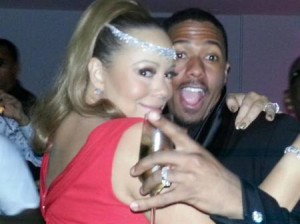 At the Cartoon Network Hall of Game Awards, actor, comedian, rapper, and radio/television personality Nick Cannon speculated on how he will spend Valentine’s Day 2013 with wife of nearly five years, superstar singer Mariah Carey: “Some more babies. We definitely got a babysitter for Valentine’s Day.”

The San Diego native signed with Jive Records twelve years ago. He signed on to produce and host MTV’s improv series called Wild ‘N Out seven years ago. His wife recently posted a video of her celebration with friends at a Christmas in February gathering during last week’s brutal snow storm on the east coast of the U.S..

Cannon & Carey are the parents of fraternal twins Moroccan (a boy) and Monroe (a girl). Carey has referred to the twins with the nicknames “Roc and Roe”. One year ago, Cannon resigned from his position as co-host of 92.3 NOW’s morning show citing health issues. 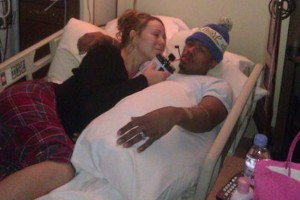