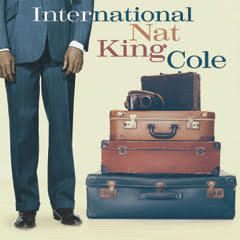 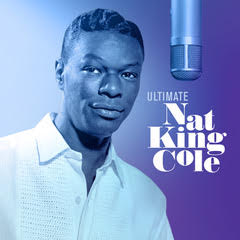 Los Angeles – January 17, 2019 – With the direct participation of the Nat King Cole Estate, and as part of the celebration of the global entertainment legend’s centennial year, Capitol/UMe will release two new collections showcasing Cole’s music on March 15: Ultimate Nat King Cole (CD and digital; 2LP vinyl to follow June 14) and International Nat King Cole (CD). The former includes an exclusive new duet of “The Girl From Ipanema,” pairing Cole’s original vocals with newly recorded vocals by GRAMMY®-winning Blue Note Records artist Gregory Porter, whose much lauded 2018 album tribute to Cole, Nat King Cole and Me, is GRAMMY-nominated this year. On the same date, a newly expanded edition of Marvin Gaye’s 1965 album, A Tribute To The Great Nat King Cole, will be released by Motown/UMe for download purchase and streaming.

The releases are among a host of special events, projects and programs commemorating the 100th anniversary of the birth of Nat King Cole, widely acknowledged as one of the most honored and iconic performing and recording artists of all time. Born March 17, 1919 in Montgomery, Alabama, the masterful pianist and vocalist’s initial focus was the jazz idiom, having formed the Nat King Cole Trio while in his 20s. The group was an almost immediate sensation and proved influential to the extent that no less an authority than Count Basie marveled, “Those cats used to read each other’s mind — it was unbelievable.” Ray Charles inducted Cole into the Rock and Roll Hall of Fame in 2000 and readily admitted to Cole’s monumental influence on him.

Cole was signed to Capitol Records in 1943 and The King Cole Trio, his initial album released in 1945 at the dawn of the LP format, topped Billboard’s inaugural album chart. He went on to record nearly 700 songs for Capitol, including 150 singles that charted on Billboard’s Pop, R&B and/or Country charts. That phenomenal success led to Capitol’s iconic round building on Vine Street in Hollywood to be informally known as “The House That Nat Built.”

Ultimate Nat King Cole features 21 tracks, including the aforementioned new duet with Gregory Porter as well as 20 classic Nat King Cole hits and favorites, including “Unforgettable,” “Mona Lisa,” “Straighten Up And Fly Right,” “L-O-V-E,” “The Very Thought Of You,” “Stardust,” and “Nature Boy.”

International Nat King Cole is exclusively available for preorder from uDiscoverMusic.com. The limited-edition CD presents 14 beguiling songs Cole recorded in languages other than English at Capitol Studios in August 1964, including “L-O-V-E” in French, German, Japanese, Spanish, and Italian; “Muetterlein” (“Answer Me, My Love”) in German; and “Autumn Leaves” in French and Japanese. Ultimate Nat King Cole and International Nat King Cole both include newly-written essays by actor and award-winning writer James Ritz.

Nat King Cole’s huge influence is evident in the new expanded edition of Marvin Gaye’s A Tribute To The Great Nat King Cole. In addition to album’s original mono mix, which is making its digital debut, the new edition features more than a dozen bonus tracks, including six alternate takes from the studio sessions.

Along with his trailblazing musical career, Cole is recognized for his contributions to the struggle for civil rights and racial equality. His efforts were done in his own unique style. In 1946, Cole broadcast a 15-minute national radio program, “King Cole Trio Time,” the first of its kind to be hosted by an African American musician. In 1956, he also became the first major African American entertainer to host his own national network TV show. NBC’s “Nat King Cole Show” aired weekly from November 1956 to December 1957, the cancelation of which was caused by a paucity of sponsors since marketers were afraid to offend white viewers with a program hosted by an African American. Cole also appeared in several films, including his top-billed portrayal of W.C. Handy in 1958’s St. Louis Blues and his final big screen star turn as Shouter / Sunrise Kid in 1965’s Cat Ballou.

In 1948, Cole purchased a house for his family in the all-white Hancock Park neighborhood of Los Angeles. The Ku Klux Klan burned a cross on the family’s front lawn, and members of the neighborhood’s property owners association told Cole they did not want any “undesirables” moving into the neighborhood. Cole responded, “Neither do I. And if I see anybody undesirable coming in here, I’ll be the first to complain.” He helped overturn the 1920s Los Angeles statute that had kept the neighborhood segregated. The KKK targeted Cole and struck again in 1956 when Klansmen rushed the stage and beat Cole at a concert performance in Birmingham, Alabama. He would never perform in the south again.

In 1959, Cole won the GRAMMY Award for Best Performance by a “Top 40” Artist for “Midnight Flyer.” In 1963, he was honored with a Special Achievement Award from the Golden Globes.

Cole’s final album, L-O-V-E, was recorded in December 1964 and released in January 1965, just before his untimely death on February 15 at the age of 45. The album reached No. 4 on the Billboard albums chart. At the time, it was reported that Capitol Records had sold more than nine million Nat King Cole records. From “Mona Lisa” to “Unforgettable,” Nat King Cole’s songs are incomparable; it is difficult to contemplate a holiday season without the warmth of Cole’s evergreen rendition of “The Christmas Song.”

In 1990, Cole was posthumously awarded the Recording Academy Lifetime Achievement Award. He has four recordings in the GRAMMY Hall Of Fame: “The Christmas Song” (1946), “Nature Boy” (1948), “Mona Lisa” (1950), and “Unforgettable” (1951). Cole’s 1944 hit, “Straighten Up And Fly Right,” and the Jazz at the Philharmonic album series in which he is a featured artist have been selected for preservation by the Library of Congress’ National Recording Registry, which honors “culturally, historically, or aesthetically significant” American recordings.

In 1991, Cole’s daughter Natalie Cole released Unforgettable: With Love, featuring her virtual duet of “Unforgettable” with her father. The album topped charts around the world and won the coveted Album Of The Year GRAMMY Award. Just three years thereafter, the U.S. Postal Service issued a Nat King Cole commemorative stamp in its “Legends of American Music” series. In 2000, Nat King Cole was inducted into the Rock and Roll Hall of Fame.

Established in 2008 by his twin daughters Timolin and Casey Cole, Nat King Cole Generation Hope honors the legacy of their father and mother, Maria Cole. The 501(c)(3) organization dedicates their resources to build sustainable music programs for schools across the United States.

Interest in Nat King Cole’s story continues to grow as each new generation discovers his music, as well as his trailblazing, catalytic role in several important cultural and sociopolitical advancements, including the U.S. civil rights movement. The arc of Cole’s life is a study in success despite adversity, and the triumph of civility, respect and talent married with political, cultural and business savvy.